Referral Marketing 101: What Is A Referral, Exactly? 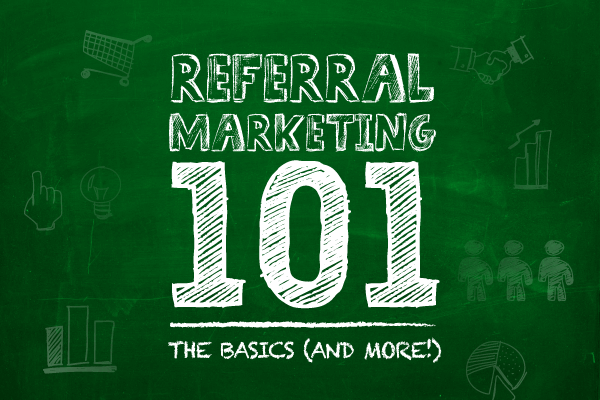 What is a referral?

Alice: "Bob! You're interested in comedy? You should totally watch Monty Python and The Holy Grail!"

A referral is when a consumer recommends something, typically a brand, service, or product, to someone else. [1] Technically, that's still a recommendation, until it becomes a successful referral.

What is a successful referral?

A successful referral ends with an action, typically a purchase. Using the metaphor of texting, there are three stages:

Alice makes a referral to Bob - "Hey, you should check out this Monty Python movie."

Bob goes to Google or reads a few reviews.

Bob streams it off some platform or orders it online.  Successful referral!

There are many ways this could have turned out! Our decision-making as consumers is rarely so black-and-white; we'll usually want to hear about something from a couple of different sources (in different contexts) before we like it enough to commit to giving it a real chance.

Consider the series of possible outcomes:

For a variety of reasons, the referral might not end in a purchase - Bob gets distracted, buys a different movie, the wifi cut out, Alice doesn't make a referral (like 71% of customers), and the website's down. But that's not to say that referrals have to always end in a purchase...

Even unsuccessful referrals are valuable

Even unsuccessful referrals have significant marketing value because they introduce a brand or product into public consciousness. That's word-of-mouth marketing. Consider case 2- if Alice had published it on her social media feeds, there's a good chance that several of her friends will see it (not just Bob).

In cases 3 and 4, even though Bob doesn't buy the product, he's now aware of it. The brand and/or product has entered his consciousness. It might be something he returns to in the future. If he likes the idea of it enough, he might talk about it to other friends in the future ("Oh, you like comedy? I've been meaning to watch Monty Python, and it looks great.") And the truth is, Bob probably also heard about it from his friends Chet, Danni and Engelbert.

In 5, of course, the benefit is clearest: a sale is made.

What is referral marketing?

At its simplest, marketing is about acquiring customers.  This is done by deliberately communicating value with the intention of influencing customer behavior, specifically inducing customers to tell their friends.

It gets more complicated, of course: first, you have to identify and/or create value, then you have to figure out who your customers are and how to reach them effectively.

Referral marketing is the deliberate acquisition of customers through solicited referrals.

It can be as simple as informally asking for referrals- "If you like this, tell your friends! Tweet about us, share this on Facebook"- all of that is technically referral marketing. In this general sense, any marketing that encourages consumers to talk to other consumers is referral marketing.

Seth Godin talks a lot about this- about flipping the funnel, marketing to a tribe of excited otaku who eagerly share your ideas and products with one another, and essentially do your marketing for you.

However, labeling such marketing as referral marketing isn't very meaningful- anybody can tell anybody to tell everyone else about their stuff, and the good stuff gets shared all the time, sometimes even if the originator asks for it to kept secret! It's a lot more meaningful to save the "referral marketing" label primarily for distinct, deliberately solicited referrals.

See: Why Referral Marketing Is Awesome

What is a referral program?

A referral program is a deliberate, sustained system of soliciting and encouraging referrals. Such a system typically involves some sort of incentive structure.

Referral programs have had a long history in certain industries, typically those involving "large" clients. Banks tend to have referral programs, perhaps because people tend to trust their peers more about personal matters like finances and insurance.

Housing agents, electricians, even guitar technicians tend to get a lot of their business from referrals, but they may or may not have deliberate, formalized referral incentives. Typically, it gets harder to maintain an informal referral system as the business scales.

Other common referral programs: Employee referrals. Some companies pay or otherwise reward people who refer employees to them.

Dropbox's referral program is perhaps the most familiar example. Refer your friend to Dropbox, and both you and your friend get extra storage. They could afford to do this, presumably because the additional cost of a little extra storage was minimal compared to advertising costs or other means of customer acquisition. It benefited from network effects, too: the more users there are, the more users will use it together. That entrenches the product and service in the popular psyche.

Dropbox was at least partially inspired by PayPal, which literally paid people money (through the PayPal system) if they got their friends to sign up. They did this because they benefited from the network effects of having a large number of users- so even if half of the signups were people who just wanted the free money, the end result is a large number of people having PayPal accounts- which is a useful position for a payments company to be in.

Online multiplayer games tend to have referral programs, because people are likelier to keep playing a game if their friends are playing, too. People already tell their friends about games they like, so throwing in an additional incentive makes sense.

To understand this we'll have to make sense of the vast, complex beast that is eCommerce itself.

Ecommerce is young, complex, and hard

Ecommerce is still a relatively young industry and has had to solve many remarkable problems to get where it is today.

There are all sorts of complexities and concerns. What's exciting about the future of eCommerce is that all of these problems are getting solved.

Referral programs exist at the top of the food chain

Despite this, it's notable that the referral programs (or variations of them) exist- often at the top of the food chain. (It's self-evident to us, because we work in referrals and we're well aware of how powerful they are- again, see Why Referral Marketing Is Awesome.)

So they are common- at the top. At that volume and scale, though, the brands are strong enough that they can afford to be a lot more aggressive about incentivizing resellers and affiliates, who may or may not have altruistic motives. (See: Referrals and Affiliates, what's the difference?)

It seems reasonable to infer that if all the big guys are doing it, it works. It's effective. But these are behemoths- they're not really retailers, they're mega-chains. They have the resources to build in-house solutions that are uniquely calibrated for their specific needs.

What about good ol' regular retailers?

Regular retailers selling a specific product rarely have the time and/or energy to build their own referral solutions. A customized in-house referral program is likely to be far down the chain of priorities. Before you even think about building your own referral program (which requires technical expertise), you need to figure out how to get your online payment processing in order, your inventory in order, etc.

The challenges are endless, and an entrepreneur's time is almost always better spent focusing her limited time and resources on improving her unique value proposition- that is, building better products and keeping customers happy and satisfied. Any time she might spend figuring out how to build her own referral program is time better spent on the central business.

Why use third-party referral solutions in eCommerce?

InternetRetailing.net hosted a webinar about this in August 2013.

The central idea is: It's cheaper, simpler, easier, and allows you to focus on your core value proposition. It allows the small and medium stores to punch above their weight, to compete more fairly with the big guns.

Here are just some of the eCommerce retailers that use ReferralCandy to run their referral programs:

Just for fun, I Googled "Black Milk Referral Program" to see if they had one- turns out they don't, but more interestingly, it turns out that it's something their customers would like:

So as you can see, even consumers are starting to put pressure on retailers to introduce referral programs!

What's the future of referral marketing in ecommerce?

There have been several "waves" that have drastically affected eCommerce.

The first was the Internet itself, which made eCommerce possible. Payment technology, etc.

The next big one was the ubiquity of Search, during which SEO was the name of the game.

Then we witnessed the rise of social networking sites and social media, which we'll summarize as the rise of Social.

What we're seeing now is a convergence of Search and Social, taking place on Mobile. We'll see the proliferation of tools like social reviews (which our friends at Yotpo are doing). Everything will get progressively more seamless and integrated.

Consider how nobody really thinks about search engines anymore- we just assume that they (Google, particularly) "just work", and they serve us. They're a magic box that answers our questions. We're already starting to feel that way about social networking and social media, too.

We're expecting technology to guide us with relevant data every step of the way.

We imagine that in the long run, "search" and "social" will become meaningless terms- they'll be completely integrated into the way we live our lives.

Ecommerce referral programs are an intermediary step between the present day and that hyper-connected future- they allow us to make better-informed decisions through our social networks. (See: Sharing is Learning)

To answer the question directly: We're pretty confident that referral programs are going to be a lot more ubiquitous than they are today. The future is already here, it's just unevenly distributed.

What is the airspeed velocity of an unladen swallow?

That depends, is it an African swallow or a European swallow?

[1] Terminology geekery: It would be cool if we could all agree to use a common language to describe this process, with appropriate signifiers. When a Referrer (Alice) refers something to a Referee (Bob). It would make life a lot easier. This is going to take some time though because referral programs aren't completely ubiquitous... yet. Also, because the term "referee" is most commonly used in sporting contexts. It's not unimaginable, though, that the term "Referee" may eventually be accepted as a signifier of the person who's being referred to a product or service. Time will tell. At ReferralCandy, we use the terms Advocate and Friend respectively– they're not perfect, but they make sense and are easier to use.