Nike’s Marketing Strategy: You Should Be (Just) Doing it Too It’s safe to say Nike’s at the top of its game right now.

What sort of marketing strategy has Nike used to achieve and maintain this level of market dominance?

Sure, the high-profile celebrity endorsements probably play a role, but for the most part, Nike's dominance comes from far more than just throwing money at athletes, actors, and artists.

Nike didn’t build its loyal fan base by harping on its iconic waffle shoes.

In fact, Nike’s ads rarely, if ever, mention their products at all.

What their ads do, and do well, is induce emotion in the consumer through ‘emotional branding’. Each ad is carefully crafted to evoke particular feelings and needs in the consumer that can only be satisfied with Nike products.

It does this by playing up the traditional narrative of a hero who works hard to overcome adversity, ultimately emerging victorious against a terrible foe.

But it isn’t a literal enemy being fought in this case. Nike takes the analogy to a level far more relatable: the ‘terrible foe’ is the voice in your head that tells you, “You can’t”. To that, the organization says: “Just do it.”

Each Nike ad is designed to inspire—to tell us that we can do anything if we just try.

Read next: It was a dark and stormy night… – 24 Examples of Storytelling in Marketing

It’s vital to have your consumers talking about your brand.

It keeps you at the forefront of your customer's minds, and allows you to reach those who have not heard of you!

One way of achieving this is by creating ‘watercooler moments’ – experiences so exciting that people would talk about them for days on end.

When a Nike athlete scored a goal, display ads were delivered to fans in real-time. Fans could also rotate their players around in 3D, framing them for shots that can be personalized with filters, captions, and stickers. Once you're done with your 'Phenomenal Shot', you can share it on social media.

More than 500,000 “Phenomenal Moments” were created—amazing in itself, but even more so considering the subsequent reach every moment could obtain once shared.

In 2016, Nike created a YouTube series to complement its marketing campaigns.

Margot vs Lily centers around two sisters, and it features Nike merchandise like shoes, workout gear, and Nike+ technology. It also directs viewers to the #BetterforIt website, which contains more detailed content for those interested in initiating and improving their fitness journey.

But it’s not just an extended ad, the show has a compelling story that’s actually fun to watch!

As of now, the series has received over 80 million views, leading to increased downloads of the Nike+ Run and Training Club, as well as greater activity and purchases by existing members.

The coolest tech so far, however, would have to be Nike’s new self-lacing shoes.

HyperAdapt 1.0 has sensors that automatically mold the shoe to the shape of your foot when you step into it.

5. They make some really fun ads that people love sharing and talking about

Nike makes some of the best ads in the business. They teem with world-class athletes displaying their extraordinary skills.

One of Nike’s most successful ads is ‘Winner Stays’. The ad features teenage boys transforming into Ronaldo, Neymar Jr., and other soccer superstars as they battle it out on the soccer field; it netted; it netted the sportswear brand more than 107.8 million views.

Consumers today expect more from the companies they buy from. They want their purchases to have a positive impact on the environment and on society, and they don't hesitate to reward brands that do.

Nike is engaged in several community outreach initiatives both within the US, and globally.

Recently, Nike opened its 7th community store in Detroit, a city struggling to thrive amidst bankruptcy and years of economic hardship. Like Nike's other community stores, its mission is to serve the city through volunteer work and promoting physical fitness.

The store opened to huge lines, with customers queuing up 2 days before its launch!

Much like sharks, a business needs to keep moving forward to stay alive.

Nike learned this the hard way in the mid-1980s when it lost out on the lucrative aerobics market to Reebok. Since then, it has worked hard to ensure that never happens again.

In 2006, Nike developed the ‘Nike+iPod’, an activity tracker that records the distance and pace of its user’s workout through a sensor in the sneaker.

It was ground-breaking technology in wearable tech that resulted in an 8.1% rise in profits within the first six months.

Even today, Nike continues to expand on the Nike+ technology, releasing phone apps, watches, and even a dedicated training app!

In 2012, Nike broke new ground when it introduced its revolutionary Flyknit technology.

While traditional sneakers are made up of individual pieces that are stitched together, Nike shook things up by utilizing computer-controlled “knitting” technology to shape the entire upper part of the shoe.

This reduced the number of components by up to 35 pieces, producing a lighter shoe that still provides as much strength and support as other top running footwear in the market.

Following its launch, competitors like Adidas and Skechers quickly entered the market with similar technology, eager to get a piece of the action.

9. They’re killing it on Social Media

The company maintains separate Twitter accounts for each of its subsidiary brands (e.g. @nikefootball, @nikebasketball), which they predominantly use to respond to consumer @mentions.

Aside from that, Nike’s posts are fun, short, and often motivational, which makes for easy reading and sharing.

They also frequently contain calls-to-action for followers to respond to and engage with the brand.

In this way, Nike builds strong relationships with their customers, making them more likely to repurchase from Nike in the future.

Inspired to rethink your own marketing plan? Take a page from Nike’s book and “Just Do It”!

If you're looking for more ways to expand your marketing channels, here are a few good reads we recommend: 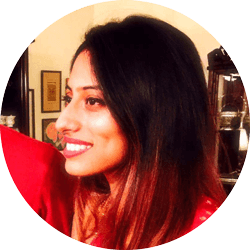 Zareen is a writer with a background in law.