Word of Mouth and SEO: Increasing Google Searches by 71% 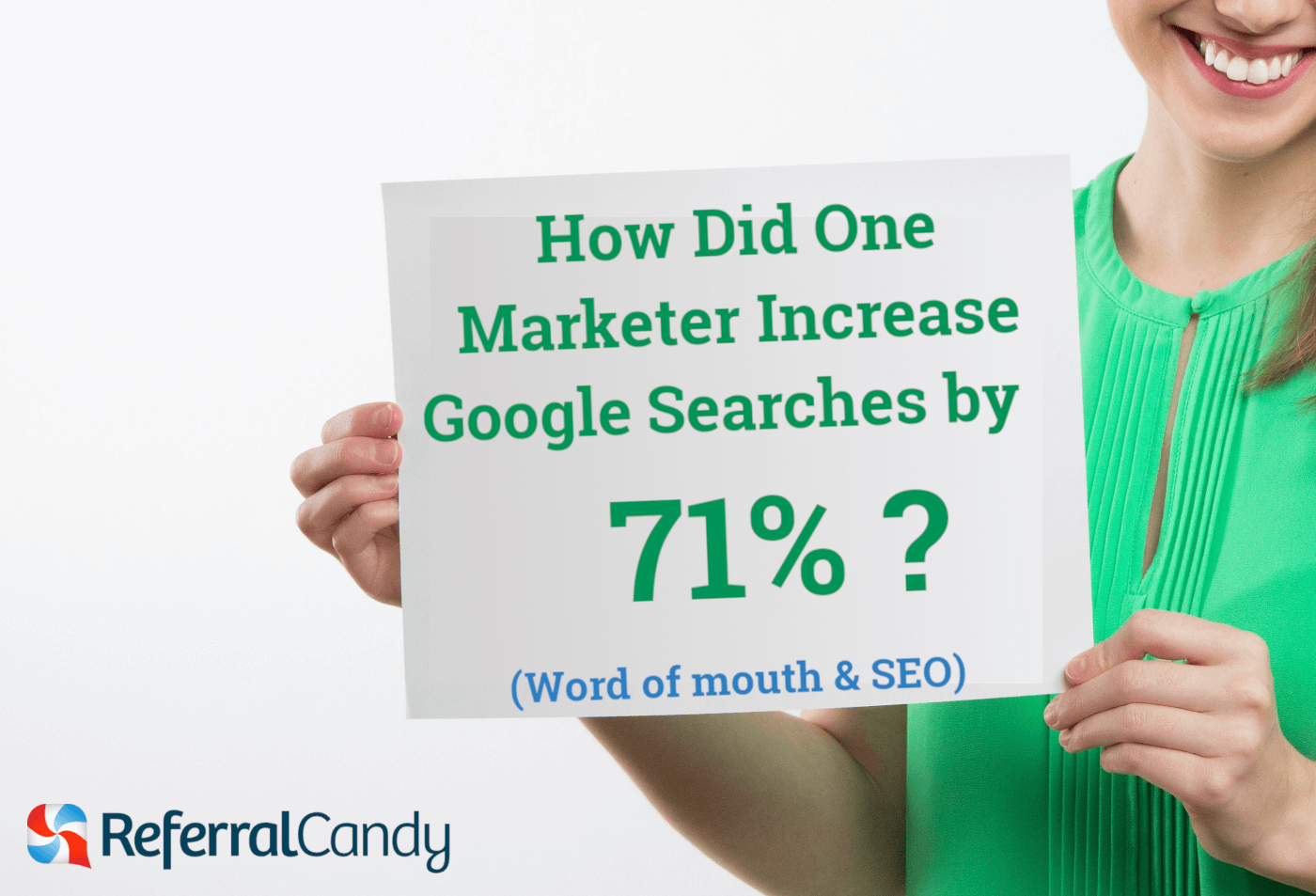 Word of mouth is a fantastic way to grow your revenue. By offering a positive, seamless experience for everyone who purchases from you, you’re in with the chance of being referred by the customer to their friends--all without a Facebook ad in sight.

But while word of mouth is proven to help businesses grow sales, you might not realize how this online chatter can help you rank higher in organic search.

Here’s how one marketing guru did this, and the lessons you can take away and apply to your own SEO strategy:

That’s right: Neil Patel managed to boost organic searches for his name by an impressive 71% through a word of mouth campaign on social media.

Here’s the low-down on what happened:

Who is Neil Patel?

You might’ve heard the name Neil Patel float around the internet, or crop-up whenever you Google “marketing tips”.

That’s because he’s been named one of the top 10 online marketers by Forbes, is the co-founder of Crazy Egg, HelloBar and KISSmetrics, and runs a marketing agency who works with brands like Amazon, Viacom and HP.

In other words, he’s a busy guy.

But Neil hasn’t worked his way to ‘marketing guru’ by chance. He’s known for running crazy, attention-grabbing, watercooler-chat worthy stunts--including the redirection of the entire KISSmetrics blog to his own blog almost overnight--that grab people’s attention.

What was the “Who is Neil Patel?” campaign ?

One of Neil’s most controversial word of mouth campaigns happened back when he opened an Instagram account with the handle @whoisneilpatel, and paid influencers (mainly models) to hold a sign that said the same words: “Who is Neil Patel?”.

His aim here was simple: To replicate the luxurious, rich and expensive lifestyle--hence why the majority of influencers were models.

Here are a few of the more safe-for-work examples:

As a result of the campaign and the #WhoIsNeilPatel hashtag (which has over 4,020 posts to date), people who saw the question wanted to know the answer.

They headed to Google to find out, and searches for ‘Neil Patel’--which is also his brand name--increased by 71%.

What can you take away from Neil’s word of mouth campaign?

Neil’s campaign was a success, and proves that you can boost organic search traffic with clever word of mouth campaigns.

But not all that glitters is gold.

(AKA, not all that Neil’s campaign entailed is something you should directly copy.)

Although Neil reached a broad audience, a huge percentage of them weren’t relevant--meaning a big chunk of the cash he spent on influencer endorsements was wasted. His reputation also took some damage due to the way he went about the campaign.

...But that’s not to say you can’t use the foundations of Neil’s campaign to fuel your own.

Here are four things you could take away from the “who is Neil Patel?” campaign, and skyrocket your own search traffic by running a smart word of mouth campaign:

Neil’s approach is be considered sleazy. He didn’t ask people in the marketing industry to help his campaign (i.e. people who could genuinely have an interest in who he was)--he asked models to take part.

That’s not always the best way to improve your organic search traffic.

Why? The simple answer is: The audience aren’t relevant.

A huge percentage of the models’ audiences are likely to have clicked the first result for “Who is Neil Patel”, and headed straight back to Instagram when they discovered his marketing tips didn’t interest them.

A short gap between the time someone spends on your page before heading back to their Google results leads to a short dwell time -- known to be a ranking factor in many search engine algorithms.

Why would Google continue to rank your page in position one when it doesn’t seem like people are finding the information they were initially looking for?

That doesn’t mean to say you can’t replicate the value that influencers have when you’re attempting to drive more search traffic from word of mouth campaigns, though.

In fact, by partnering with relevant influencers--who existing audiences with similar interests to your own target customers--there’s no reason why you couldn’t direct them to Google to find out more about you.

Then, when they discover your business is related to something they’re interested in, they’ll stick around.

You’ll turn them into a fan, rather than a visitor.

2. Start with social media, then send them to Google

If you’re running a word of mouth campaign, you might be relying on social media to determine your success.

Granted, a high volume of social shares means people are enjoying your product and willing to share it with their network. But Google’s team have commented on how social shares influence rankings, and unfortunately, it’s not a major factor in their algorithm:

In 2017, SearchEngineJournal also found social media signals were not a major ranking factor

Following Neil’s “Who is Neil Patel?” campaign, you can pique your audience’s interest using social media. Don’t give away too much information, and subconsciously direct people to Google to learn more.

For example: If you’re a marketing agency, commission a survey and find out a shocking statistic. You could ask marketing influencers to hold up a board that says “What percentage of marketers don’t know what “content” actually is?”.

Target influencers with an audience of predominately marketers and it’s a topic their audience genuinely be interested in.

(Remember, that’s the key here -- we want high dwell times, and for people to stick around longer when they visit from search, to secure higher rankings.)

3. Have a well-optimized page to drive people to, via organic search

Once you’ve got people heading to Google to find more information on the snippet you’ve shared, make sure you’ve got a well-optimized page (that ranks for the search term!) on your website.

Do this by creating a page that includes the information you want to share, optimized for the main keyword you’re asking people to search for, by including it in the page’s:

Heading back to Neil’s campaign, he decided to send people to the About page of his website.

Here’s the meta title he’s optimized for that page, which uses the same slogan as his entire word of mouth campaign:

meta title: On point. meta description: About Mike Kamo instead?

The simple explanation is this: If someone is searching for the “who is Neil Patel” slogan in Google, they want to find out exactly that. And since Neil has edited the page’s meta title to include the exact phrase they Googled, his audience are much more likely to click his page, rather than one that doesn’t.

Having said that, we can see that Neil’s “About” page doesn’t have a correctly-optimized meta description. Instead of discussing Neil (which is what people are heading to Google to find information on), the page’s meta description talks about Mike Kamo--the co-founder of Neil’s agency.

That’s not something you want to replicate.

Make sure you’re optimizing the meta description field to entice someone to click through with text that’s relevant to the page. It’s no use discussing something (or someone!) completely different if the point of your campaign is to send people to Google and find the information you’re sharing in the page itself!

Neil’s word of mouth campaign used sponsored content. Instead of creating photos and videos himself, he asked the models he’d partnered with to create their own sign and photo, and paid them to post it.

He’s not alone in his budget struggles.

The average marketer spends 29% of their entire marketing budget on some form on content. And considering marketing budgets can range anywhere from 2% and 12% of overall company budgets, that’s potentially a huge expense.

Don’t have that kind of cash to splash? You can still take a leaf out of Neil’s book and use user-generated content (UGC) to drive more search traffic from your influencer collaborations.

UGC is created when someone else creates content on your behalf. And unlike Neil’s sponsored content, you don’t pay for it. Most often, it’s a customer that’s contributing:

The best part about word of mouth campaigns? Your audience create this without even having to ask for it. They can’t refer you if they don’t create some form of content--even if that’s as simple as a tweet.

For example: If your happy customers were to become brand ambassadors and recommend you to their friends, they might take a quick photo of your product and upload it to Instagram.

You should snap-up that opportunity for two reasons:

Plus, these instances of UGC are usually paired with links to your website in order for your word of mouth champions to direct their connections.

That leads to more noise around your website and proves to Google that it’s popular in your industry--and that’s something they consider when determining where a site should rank in organic search.

Final thoughts on using word of mouth for SEO success

Are you ready to start harnessing the power of word of mouth, and push your site to the top of Google’s search results for your target keywords?

There’s no reason why you can’t take away key points from Neil’s campaign and see similar results of a 71% increase.

I can’t wait to hear about you on social media, and visit your perfectly-optimized page when I head to Google to find out more!

Still want more? Check out our comprehensive guide to Word-of-Mouth Marketing and our primer on SEO for eCommerce. 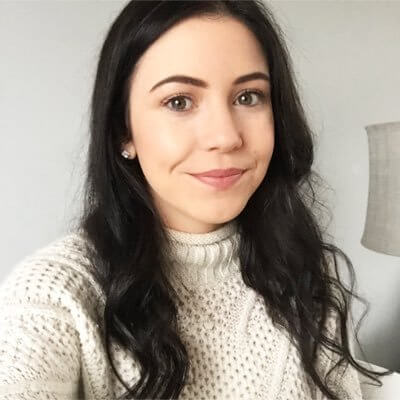 Elise Dopson is a freelance B2B content writer for SaaS and eCommerce companies. Hailing from the rainy city of Manchester, you'll find her with a good ol' British cuppa tea.