Word Of Mouth: How McDonald's Gets People Talking 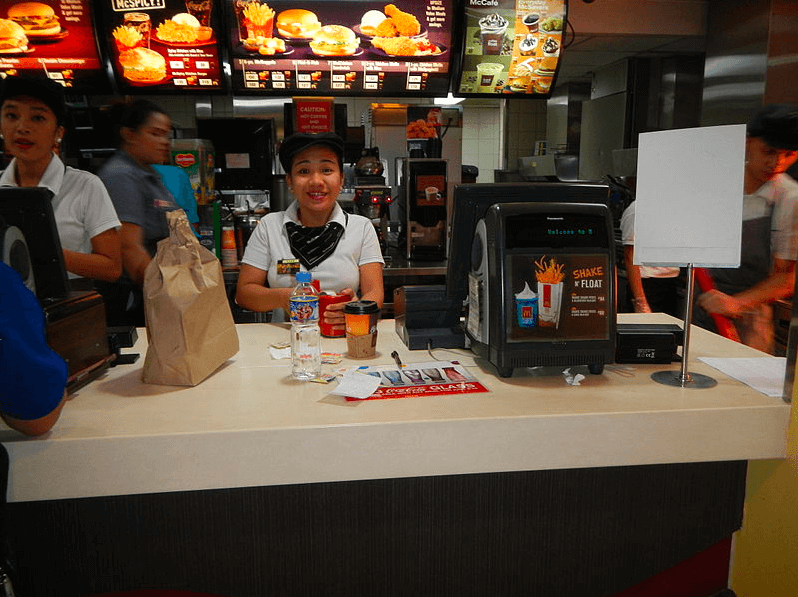 McDonald’s needs no introduction – it’s the world’s leading fast-food chain, with over 36,000 locations in more than 100 countries worldwide. Unlike many other multi-national corporations, McDonald’s relies heavily on the franchise model, with more than 80% of McDonald’s restaurants being owned by franchisees. McDonald’s has been dishing up hamburgers and fries since 1955 and was ranked as the world’s fourth-biggest employer in 2012.

Like other corporations big and small, McDonald’s has used word=of-mouth marketing strategies to boost sales and raise its profile. Let's explore some of what they've done.

1. Predictability and consistency – Have The Same Thing Everywhere

McDonald’s basic premise is consistency. Whether you visit a McDonald’s in L.A., Melbourne, Paris, or Hong Kong, your experience is going to be similar, wherever you are.

Ray Kroc, the founder of McDonald’s, opened a training academy, Hamburger University, that taught future franchisees how to run a restaurant exactly the way he envisioned McDonald’s to be. Indeed, when Kroc left McDonald’s, years after overseeing its transformation into a fast-food behemoth, owners were asked to spend 500 hours working in another location in addition to attending Hamburger University.

Kroc’s reason for doing so was to ensure that customers knew exactly what they’d expect – and because they knew what they were getting, they would keep coming back. As he put it in his autobiography:

“We wanted to build a restaurant system that would be known for food of consistently high quality and uniform methods of preparation. Our aim, of course, was to insure repeat business based on the system’s reputation rather than on the quality of a single store or operator. This would require a continuing program of educating and assisting operators and a constant review of their performance.”

- Ray Kroc, Grinding it Out

With consistency, the quality of McDonald’s products was indisputable. Early customers who went to the restaurant on a friend’s recommendation were never disappointed by a moody chef or a slow waiter. Slowly, McDonald’s reputation as a deliverer of cheap and convenient fast food became entrenched in the popular psyche – setting the stage for its large-scale and rapid expansion across the globe.

2. Globalisation + Localisation – Be everywhere, and yet familiar

A McDonald's outlet in the Phillippines. Consistency, however, doesn’t have to translate into the exact same menu everywhere around the world. Apart from its core staples such as the Big Mac and milkshakes, McDonald’s has developed unique flavours and menus around the world, catered specially to local diets and tastes. Here are some examples of unique menu items available in McDonald’s restaurants across the globe:

With special menu items that cater to each market’s unique tastes, McDonald’s has accomplished a crucial goal for every established brand: staying relevant. No company wants to be the next Kodak – slowly losing touch with its market and then fading into oblivion. By continuously striving to introduce unique products into each market, McDonald’s constantly gives its customers new products to get excited about. Indeed, some of McDonald’s localised menu items have enjoyed such massive popularity that their unavailability has resulted in a great upset from customers!

For example, in Singapore, a temporary shortage of McDonald’s Curry Sauce – a staple condiment for McNuggets lovers in the tiny Asian city-state – caused such a great upset that McDonald’s was obliged to assure customers that the disruption was only temporary. And when the Curry Sauce was finally restocked, customers reacted with happiness and relief.

Globalization and localization, therefore, make McDonald’s worth talking about even as its core product remains unchanged. Not only does McDonald’s strategy represent a keen eye for local tastes, but it also ensures that McDonald’s is constantly on consumer’s minds – ensuring success across the years and across the globe.

In March 2010, McDonald’s developed a massively successful word of mouth strategy to increase sales of their McSpicy Wings in China. McDonald’s announced that it would accept discount coupons on chicken wings on any restaurant in China, and any customer with any such coupon would receive a discount on McDonald’s McSpicy Wings.

Shortly afterward, McDonald’s publicly promised that if 1 million people in China pledged their love for McSpicy Wings online, it would distribute free chicken wings for 7 days at selected restaurants. More than 2 million signed the pledge, and as promised, McDonald’s distributed thousands of McSpicy Wings for free. The turnout was so great that some stores even had to restrict the crowds present!

Thanks to the massive word-of-mouth buzz generated, with 3 million videos viewed online and 182,986 videos forwarded to friends, sales of McSpicy Wings ultimately increased by 10% to 30%, with revenue increasing in tandem.

4. To remain relevant in the USA: Pay with Lovin’, Not Cash

During the 2015 Super Bowl, McDonald’s promoted a new campaign, called Pay with Lovin’, where its US restaurants let some customers pay for orders with “a random act of Lovin’” rather than cash. Acts of lovin’ are acts of affection, and the ad during the Super Bowl featured customers being requested to pay for their food by dancing, hugging their friends, or calling their mothers to say “I love you.”

Though its campaign attracted some criticism for resulting in some confused customers and awkward scenarios, it was still successful in generating buzz for the company. This was especially important as it was then going through a tough period: just shortly before, the CEO had abruptly departed, and sales were dropping.

The campaign resulted in word-of-mouth levels reaching their second-highest levels ever in a year and a half, with an increase of 5% of adults who reported that they talked about McDonald’s with friends and family.  Additionally, purchase consideration – that is, the number of people who said that they would consider purchasing fast food at McDonald’s – increased by 3% as well, possibly because they were hoping to be chosen to pay by lovin’ or watch others do so.

Ultimately, consumers talked about McDonald’s Pay with Lovin’ promotion more than any other advertisement that aired during the Super Bowl.

Thus, despite being faced with criticism, the campaign was still effective in generating buzz for McDonald’s. This outcome is crucial – negative feedback on a campaign intuitively suggests that it is ineffective in resulting in positive outcomes for the company. However, in McDonald’s case, the criticism it received did not stop the campaign from achieving its intended goals.

Comparing this example with the discounted McSpicy Wings in China shows us exactly how word of mouth campaigns need to be sensitive to their respective markets. In China, McDonald’s had to lure Chinese competitors away from KFC, its major competitor. Thus, the steps taken during its campaign were more radical than those in the Pay with Lovin’ campaign – from honoring coupons from other establishments to distributing a massive number of chicken wings for free.

It might seem counterintuitive that McDonald’s – a reputable company with a ubiquitous, multinational presence – would need to rely on word-of-mouth, which is a strategy typically associated with local, grassroots effects. However, local conversations can ultimately create success on a massive scale. The examples above highlight how success can be reaped across various markets and perpetuated through the years simply by giving customers something to talk about with their family and friends.