Why We Need More Women In Venture Capital 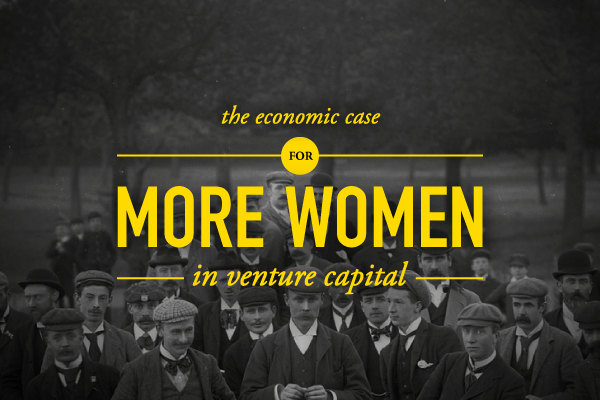 Kirsten Green is an exceptional venture capitalist with a remarkable track record. Not only has she scored in deals like Birchbox, Warby Parker, and Bonobos, she's also managed to pass on lemons like Fab and ShoeDazzle (according to author Sarah Lacy!). Andy Dunn, CEO of Bonobos, describes her as an investor with unique intuition - she "felt brand in her bones".

"The most striking thing about Green is that she's a she."

Green's story is a captivating read of deal after painstaking deal. The effort and wit Green invested into her work were no less than Herculean. But her story also narrates the odds that are stacked against women in the venture capital (VC) industry, and the larger startup ecosystem. Or, the very few women represented in VC itself, let alone in its upper ranks. Lacy points out that the most noteworthy thing about Green is her gender, and she's spot-on - only 4% of senior venture capitalists are women.

In a piece for the Harvard Business Review, Jules Pieri tells us that gender imbalance in VC has a debilitating effect on women entrepreneurs, who only receive 4.2% of VC funding.

This is not surprising when the startup and VC industries are so tightly married, and deals are made by cashing in social connections. Venture capitalists are more inclined to invest in things they're familiar with and can relate to. For most men, those things don't include women-led startups, and startups targeted at women.

We had people saying, ‘You have a fundable idea and a terrific team but I only do one deal a year and I don’t want it to be beauty,’” Park remembers. One VC in particular leveled with her, explaining that he prefers deals he can feel personally passionate about, and at the very least be able to provide advice and expertise to the company. Without a background in beauty, or a use case as a consumer, he didn’t want to splurge his “one deal” on Julep. (emphasis mine)

It's not that male venture capitalists consciously avoid dealing with female entrepreneurs on account of their gender. Quality women entrepreneurs don't get funded for their quality women-targeting startups because men aren't able to be fully recognize quality in those fields when they see it.

The underrepresentation of women in VC isn't 'just a women's issue'. Diversity matters to the health of the industry because it drives innovation.

There are competitive advantages in diversity. Recent CTI research shows that a workforce comprised of women, people of color, and LGBT individuals "matches the market" and can better identify "points of pain" among potential customers, and create appropriate solutions.

Put another way, a diverse talent pool brings a healthy spectrum of perspectives to the table - and is more equipped to spot and nurture a greater variety of projects. This is critical, considering that the consumer market in the US is diversifying, with women making most consumer purchases, and the pink dollar growing rapidly.

It makes business sense to examine the structural causes of gender imbalance in the startup/VC industry.

Alisha Ramos (Harvard 2012) has done excellent analysis on women's experiences in the venture capital game, which I've adapted in much shorter form:

1. Disproportionately few women enter the ecosystem, but that is not all of the story.

We could talk about the ways in which young women are discouraged from entering STEM-related fields in the first place, or how business is still characterized as a men's game. Women are discouraged, at the earlier stages of education, from developing the technical expertise and personal qualities highly-valued in the industry (like aggressiveness).

But that is another discussion. Besides, it doesn't explain the fact that women entrepreneurs capture a disproportionately small share of venture capital.

2. A limited access to social capital shuts women out of the funding game.

In a traditionally male-dominated game, women entrepreneurs don't have the same social networks and informal connection to get funding at the early stages; nor do women VCs have the same access to 'insider' information about opportunities that their male counterparts do.

Green recounts the difficulty in not having in on a complex and powerful network - she describes herself as an outsider who had to beg her way into the industry. And she is exceptional in every sense of the word - many women find that they aren't connected and pedigreed enough for the challenges of the tightly knit industry.

3. Women experience microagression and dismissal in the industry.

Aileen Lee, a partner at Kleiner Perkins Caufield & Buyers, argues that "It's way harder to be a woman in tech." She recalls a male investor who was surprised that a female founder had managed to find a lead willing to put in more cash, and asked her, "Did you put out to get this kind of money?"

A group of women technologists and leaders recently wrote an open letter on sexism in the tech sector, which details a regrettably long list of everyday microaggression experienced by women in tech. Geek Feminism, too, has chronicled a brief "Timeline of Incidents". Given that the most part of workplace harassment goes unreported, this is just scratching the surface.

These barriers are not unique to the startup industry.

If all of the above sound familiar, that is because they are not unique to our side of the pond. We don't have to look too far to see that the same structural inequalities are present in many industries - like journalism (see: Jill Abramson gets the chopping board because she is "pushy").

But the startup industry is particularly notorious for its gender problem. Because it prides itself on being uniquely meritocratic and gender-blind, it's more hostile to suggestions that it commits the same gender biases that plague most forms of work. Ramos argues that this pride is misplaced:

While VC firms may attest to a meritocratic, rational-economic investment process, the lines between rationality and irrationality become blurred at the earliest stages of investment where uncertainty was highest, and the deal origination and screening phase arbitrary. An entrepreneur's "credence qualities" and "experience qualities" were most salient to investors - the former being "never completely recognizable".

Men have immense power to tackle gender inequality in the industry.

There is a lot more that can be done to encourage the female participation in the startup industry, besides asking women to simply 'lean in'. This is not to discount important efforts like the Marathon Foundation and Women 2.0, which help women venture capitalists network; or Hackbright, a safe space for women hackers to connect.

But placing the onus on women to 'lean in' is problematic. This is because women continue to be penalized or dismissed for calling out sexism when they experience it. Shanley speaks from a specific (tech) point of view here, but she rightly observes that men are in a privileged position to pioneer attitudinal shifts in a male-dominated industry:

So here are a few suggestions that need to complement 'leaning in':

We cannot expect women to speak openly about their experiences in the industry when we don't have a safe environment to do so. And speaking up is incredibly doable at an individual level – for example, stop a sexist joke before it gets to the punchline. Call out microaggressive behavior when you see it. Women shouldn't be the only people speaking up about the way they're treated in the industry.

If you are a manager, you have the direct power to hire a diverse team. And if you're not, draw attention to your company's demographic and its hiring process. VentureBeat has several tips on active recruitment through multiple channels - women's networking events; online; etc. Basically, affirmative action is a deliberate commitment to even the playing field for women, who tend to be less assertive than men at promoting themselves.

"Ain't no getting offa this train!"

Admittedly, structural inequalities are complex, stubborn, and don't go away overnight. But our social reality is changing to consider the interests of not just women, but also people of color and LGBT people. And the industry - entrepreneurs, venture capital, and tech - would do well to reflect this reality within its ranks.

We need people of the highest quality to do their best work in fields like VC and tech which pioneer groundbreaking ideas. And we can do better in diversifying our community than just an open invitation. We should be knocking on doors, and we should be keeping our space safe - because we know the opportunities a diverse team can realize are too good to pass up.

Read next: 28 Examples Of Diversity In The Startup Scene 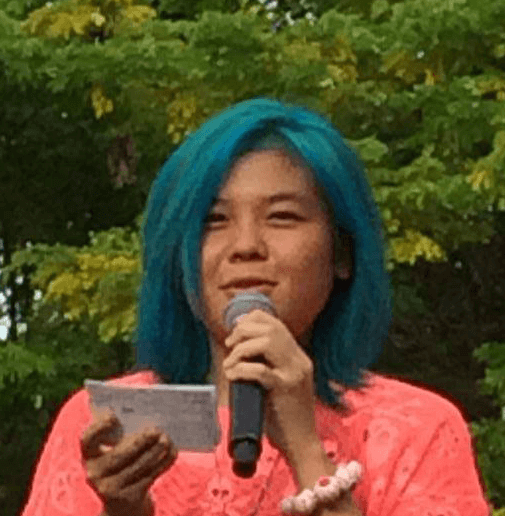