How Snapchat Grew Into A $10b+ Social Media Behemoth 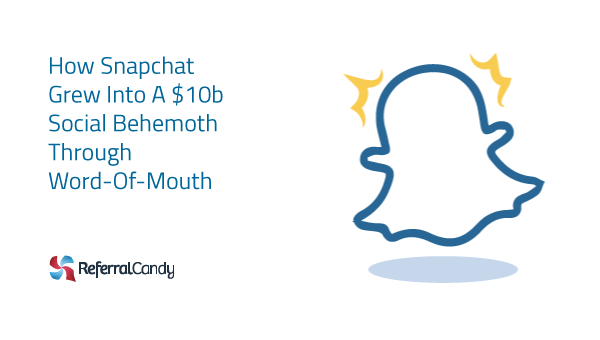 Snapchat took a simple, contrarian premise and grew into a social media giant with over 100,000,000 daily active users.

Initially called Picaboo, it was founded by Evan Spiegel, Bobby Murphy and Reggie Brown, who were Stanford students at the time.

Why was it created?

Spiegel explained that it was to counter the expectation that social media is for the creation of idealized online identities of ourselves. He said that this had "taken all of the fun out of communicating".

So what sort of marketing strategy did Snapchat use to come from behind to become such a smash hit?

1: Great positioning: Snapchat attacks conventional wisdom and proposes a radically different alternative – that what you share online doesn't have to be permanent.

Rather than try to re-invent the wheel and get people to start uploading pictures all over again to a new service (when Facebook and Instagram would already have sufficed), Snapchat made it easy and accessible to send pictures 1-1 to your friends.

There are some interesting similarities between Snapchat and Tinder.

Tinder broke onto the online dating scene with a radical premise that you shouldn't have to interact with somebody unless you've both indicated mutual interest.

If you want to be talked about, swim against the current of conventional wisdom.

Of course, you don't want to do that merely for it's own sake– you want to have a good hypothesis for why it's worth doing.

2: Snapchat earned legitimacy and cool among its early adopters with its quirky style.

The App's mascot is called "Ghostface Chillah", which is cheekily derived from Ghostface Killah of the Wu-Tang Clan.

Snapchat doesn't try to be easily accessible to everybody. Instead, it appeals to insiders. While the app itself is technically easy to use, the precise use-case has a bit of a learning curve.

It's a simple principle but hard to execute well on: Know Your Audience. The best way to do that, of course, is to make something that you yourself really, really want.

This is a great point observed by Ryan Hoover.

Because Snapchat requires users to select who you send messages to, and doesn't let you know if the message you've received is just for you, every message you receive feels like it was meant just for you. This creates a perceived pressure to reciprocate.

So there's a strong 'viral loop' in the product– Snapchat users feel like they're receiving personal messages, and that they're obliged to respond.

This makes the app very habit-forming.

Appeal to people's fundamental social needs. The urge to reciprocate is a strongly established human tendency.

Every day, Snapchat shares "stories" from around the world.

These stories are compilations of everyday Snapchat users' Snaps from a particular region. You might see Mumbai, Moscow or Mecca through the eyes of dozens of locals, as they share their daily lives.

It's a really compelling insight into what's going on in the world, and it feels much more interesting and unscripted than 'regular' media. And you never quite know what to expect tomorrow, so you login again.

Novelty and anticipation is incredibly addictive. It keeps people interested, and people talk about what they're interested in.

Read Next: How The Undress Raised Over $615,000 On Kickstarter Through Word-of-Mouth