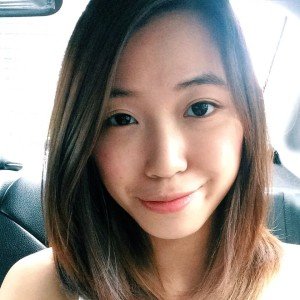 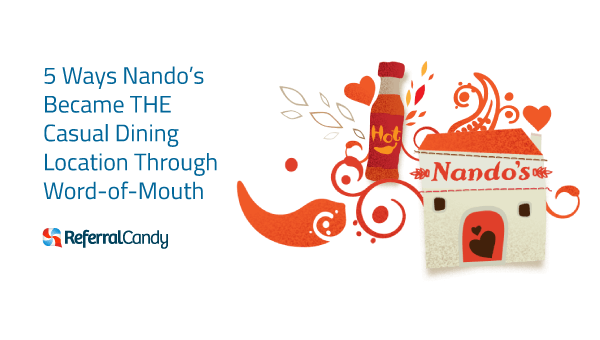 By now, a growing group of people from over 30 countries know of Nando’s.

The Afro-Portuguese “fast-casual” restaurant serves up peri-peri grilled chicken, tender and flavorful with a kick of peppery spice – not unlike the “exotic” flavors one tends to associate with far-off lands.

Uniquely designed (no outlet is the same), featuring spirited Afro-Portuguese music and a 'self-collect' cutlery station, Nando’s has sought to set itself apart from other fast-dining restaurants from the very core.

Over the 28 years since its founding, Nando’s has managed to cater and market themselves successfully to different social demographics that quite frankly, usually wouldn’t be caught dead in the same places. Families having a day off from home cooked dinners; gregarious, excitable groups of teenagers looking to grab a bite before a wild night – even the British royalty get their takeaways from Nando’s.

The buzz has taken place mostly in the UK, followed by Australia– but Nando’s also carries out domestic campaigns in other regions such at Singapore and Malaysia, bolstering its brand image world-wide.

Most importantly, how did Nando’s achieve a one-up on its competitors and build a cult following of devoted consumers?

1. Quality media engagement – Who are the “Peri Boyz”, and what on earth is a “Cheeky Nando’s”?

After Ed Sheeran and Example did an free-style song in honor of Nando’s back in 2010, the Peri Boyz burst onto the scene with their take on what a “Cheeky Nando’s” is. Decidedly quite “cheeky”, the music video features some peri-peri sauce gulping, skinny jeans toting and more rap-style lyrics about how Nando’s offers a good time for hungry youngsters “going out with the boys”.

The video has since garnered over 3,000,000 views on Facebook, significant media attention from the likes of Buzzfeed, the Mirror Online, the Metro and more.

Most importantly, the “Cheeky Nando’s” video connected with teenagers in the UK by speaking their language, creating a brand affinity with the college crowd that translates in repeated visits.

2. Great PR – Being the good guy with "Win a Lifetime's Supply of Nando's" campaign

“It's not what happens to you, but how you react to it that matters.”

In 2014, Nando’s lover Christopher Poole made it his quest to win a lifetime’s supply of Nando’s, by dining at all the Nando’s outlets in the world.

Poole was at outlet #85, £1,000 poorer, when he discovered that the competition had already been closed for two years. He has also already made plans to move to Australia to continue picking off Nando’s outlets once he was done with all the outlets in the UK.

Upon hearing of Poole’s belated attempt, Nando’s released a statement to honor Poole’s attempt if he successfully completed the competition.

'We’re always delighted to hear from Nando’s superfans and the lengths they go to for their love of PERi-PERi chicken.

'Some time ago, we ran a challenge that rewarded individuals with free Nando’s if they could prove they ate at every Nando’s restaurant in the world.

'There are now so many Nando’s worldwide, that we don't run the challenge any more.

'However, if Christopher Poole completes his attempt, we will happily honour our original promise and give him free Nando’s for life.'

By consistently reacting positively to the efforts of their fans, and rewarding them for their efforts, Nando’s strengthens the sincere, warm and genuine brand image they have built, leading to a sustained effect on the consumers’ impression of the brand.

Left: Before/ Right: After

On top of having an affable brand image many can relate to, Nando’s works on being quirky, creative and fun. The peri-peri chicken restaurant chain recognizes that successful brands do not rest on their laurels and execute standard campaigns for new product launches – it goes out and makes a statement about it.

It’s wacky, seemingly nonsensical stunts like this that earn Nando’s the curiosity of consumers bored by generic restaurant options – spicy chicken with a spicy personality to boot? That’s a winning strategy.

Everybody wants one, but so few seem to have it – for years, the Nando’s black card was only an urban legend discussed and speculated over. As a holder of the Nando’s hi-five/black card, you and four friends receive free chicken for life.

Celebrities clambered to get their hands on one – Ed Sheeran famously has it, David Beckham might have it, Jay-Z probably has one too.

Some celebrities have resorted to calling up the restaurant chain to ask for one – apparently the biggest “no-no”. Others have taken to shamelessly tweeting and giving shoutouts to Nando’s in the hopes of securing themselves a slot in the exclusive club.

Till date, the existence of the black card has neither been confirmed nor denied, and this mysterious topic indirectly bolsters the brand presence through word of mouth, adding to the appeal of Nando’s for both normal consumers, as well as celebrity consumers like Beyoncé.

And in early 2019, Nando's even went on a massive billboard advertising pitch to encourage people to use their rewards cards --

Nando's has invested in their own restaurant rewards card

Read next: 19 examples of exclusivity marketing

5. Secrecy – Introducing a Secret Menu for the common consumer who wants to feel "in" with Nando's

(This is the regular menu, not the secret one.)

The Secret Menu is a great marketing tool – Starbucks, MacDonald’s and In & Out all reportedly have secret menus that promise consumers exclusive food concoctions dreamt up to reward their biggest fans.

Nando’s, perhaps to soothe the consumers who will never get their hands on a black card, also supposedly has a secret menu of crispy chicken wings, peri-tamer, and Hawaiian chilli chicken melt. Think fan service, if you will.

More than just extra variety for customers, the Secret Menu is a great way for eateries to stir up the public and inject an air of inclusion for those who fancy themselves “in the know”.

Nando’s owes its success to 5 important ways of generating word-of-mouth, all recognizing that their consumers are their best brand advocates and setting out to convert everyone into a consumer:

Read Next: How To Get Word-of-Mouth (With 40+ Successful Examples To Learn From)

Cindy lurks in the shadows on social media platforms, but cyber stalks interesting people and brands. She admires brave marketing stunts and is a sucker for good packaging.