How Mashable Got Its First 2M Readers Within Just 18 Months 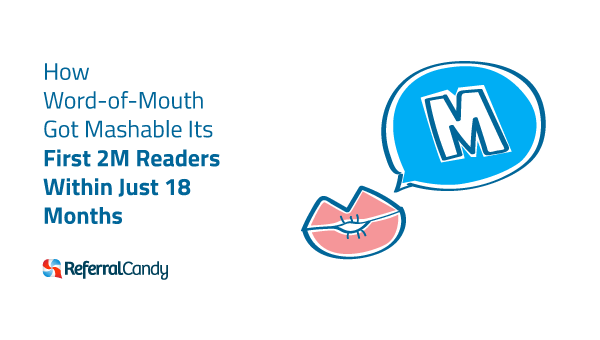 Have you ever caught yourself wondering why Mashable is so popular?

Clearly, with over 45 millions readers worldwide, you’re not the first one to ask that question.

So how did Mashable become so successful?

1. Mashable stayed on top of the news, early.

Starting out as a personal blog in 2005, Pete Cashmore founded Mashable, a website that publishes news about social networks and technology. Cashmore who was just 19 at that time developed an early obsession on how the internet works and how technology impacts our everyday lives that he dedicated 18 to 20 hours a day just talking about it in his blog.

“A lot of people didn’t live in Silicon Valley — like me — but were incredibly interested in what’s the new stuff that’s going to change the world,” Cashmore told Here & Now. “We’re in the middle of this information revolution. It’s kind of like the industrial revolution, you know, every hundred years or so you get this massive wave that comes through and changes absolutely everything. And I was able to talk about it in a way that an outsider would talk about it, and try and make it accessible.”

Within 18 months of posting an average of 2 to 3 blogs per day, Cashmore grew Mashable’s monthly readers to 2 million.

To keep up with the latest trends and news, Cashmore formed the Mashable editorial staff increasing their output to 7 to 15 articles per day.

They also experimented on the use of visual content, infographic and videos to translate the complicated technical stuff into bite-sized concepts that their audience found relatable.

3. Mashable encourages engagement at all times.

In an interview with Bloomberg TV, Cashmore was asked “if there’s a difference as to what people react to via social media versus what they react to in more traditional forms of media?”

His answer: engagement and interaction. He explained that stories being shared on blogs and social media encourage questions and feedback from the audience thus giving the readers the unique opportunity to actually take part in the storytelling.

“The key thing with social media is that it’s more about a community and posing a question rather than having all the answers. Blogging is a lot more conversational in a sense that you might put up a story and ask for feedback, and put up a second story that actually brings in the voices of the people who are commenting on the story. So it’s a much more interactive medium. It’s not broadcast; it’s a community in a sense.”

Everyone loves a garage-to-founder story, and Mashable being conceived in Cashmore’s room when he was still living with his parents in Scotland definitely counts as exceptional.

Apart from its incredible reader growth, Mashable also benefitted from doing interviews with various media channels. This helped spread its story of success and at the same time win new and curious readers’ hearts.

5. Mashable immersed itself into the most important social events.

Cashmore has always been obsessed with the numbers and seeing that he’s attracting new readers every day kept him going during his earlier days with Mashable. It is also notable that the tech media site is driving tremendous traffic from people searching about ‘Facebook’, ‘Twitter’, and ‘Gmail’.

Brilliant idea: In 2010, Mashable pioneered an annual event to give tribute to the digital revolution and called it the Social Media Day.

“Now in 2015, this holiday encompasses hundreds of in-person events around the world, along with thousands of tweets, Instagram photos and Facebook posts commemorating #SMDay.”

Mashable also kicked off its own Social Good Summit in collaboration with United Nations Foundation where people come together to explore the impact of new media and technology on acts of social good across the world.

These are perfect examples of how Mashable gained mileage through word of mouth by deeply associating its brand with some of the most relevant topics and trends in our lives today – social media as a tool for communications and as an instrument for social good.

Key takeaways – Here’s a summary of the things that Mashable did right and did early:

By learning about Mashable’s story, we realize that there are a lot of opportunities to drive growth and traction through social media. With social media, the word-of-mouth pass-on rate multiplies even faster.

Read Next: How To Get Word-of-Mouth – With 40+ Sucessful Examples To Learn From 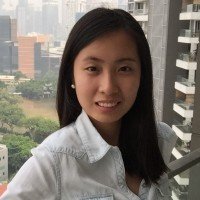