Better Together: 9 Examples Of Collaboration In Marketing 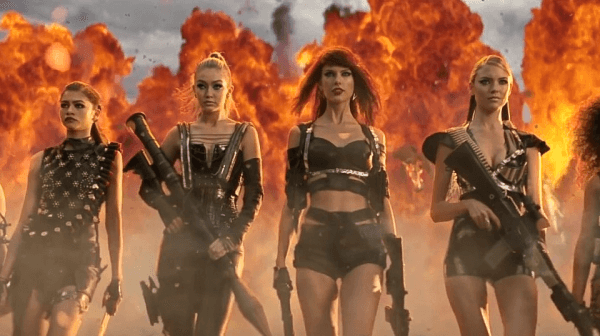 It’s a thin line between a brand that’s classic and a brand that’s dated. How do huge companies with long years of legacy keep things fresh and exciting?

Imagine you’re a fan of both Starbucks and Moleskine. If only they’ll work together one day... and out of nowhere, they announce a collaboration to release a Starbucks-special Moleskine. It’s limited and only for a short period of time, as these things go, but you can’t wait and queue up specially to get this incredible product, created by two brands you absolutely love.referra

Therein lies the power of collaboration.

So here is our list of collaborations that made the most impact, and generated the most word-of-mouth:

1. Uber X Spotify: Complementary Services that value-add to each other, personalizing customer experience

Ever got stuck in a cab and just wasn’t in the mood for the Belgian Opera the driver was particularly partial to? Now, take an Uber and you’ll be able to connect your Spotify to the car’s radio and choose the jams you want for the entire ride.

Both Uber and Spotify started as revolutionary apps, fulfilling problems that had plagued the industry for years, and it seemed like a match made in heaven. This collaboration made use of the fact that they were offering complimentary services, allowing them to tap onto each other’s customer base at the same time.

As they were both popular tech start-ups, the collaboration also generated a huge amount of hype in the tech world, giving them free publicity and media buzz.

This collaboration introduced tons of uber users to Spotify, while providing Uber users with an even more personalized and unique experience, and appeared on many best-of lists for collaborations.

Always consider: What are the elements of your customer service? Are there any companies in your industry with complementary services that can help enhance that?

Read next: How Spotify Built A $5B Business With >75M Music Lovers Through Word-Of-Mouth

If there was an award for ‘most genius collaborator’ H&M would win hands down. H&M, a retailer that usually sells affordable, street-style clothing, brought luxury to the masses via its unique collaborations with huge, often hard-to-reach brands like Versace, Maison Martin Margiela, and so on.

These collections, seasonal and priced in the low to mid-hundreds, were a lot cheaper than the original luxury brands. Yet they also had the same design elements and branding, catering to both H&M and luxury brand fans alike. They are often also very exclusive, with its most popular pieces selling out almost immediately after launch.

Every collection filled social media with pictures, discussions, and even debate about whether H&M was cheapening luxury - but no matter what it was, people never stopped talking about it.

Always consider: What type of company are you? What are your strengths, and how can you collaborate with a different tier organization and share strengths? How would your collaboration be able to bring quality to the masses?

Read next: How H&M Became The World’s 2nd Largest Fashion Retailer By Word-of-Mouth

The reason why it worked so well was that fans actually called for the collaboration between these two cult brands. Give people what they ask for, and you will reap in turn, as the rule goes.

Always consider: What are the popular trends now - is there a way to combine two popular trends to create an even bigger trend? What are fans of your product looking out for?

Read next: 3 Ways Black Milk Clothing Created a Crazily-Loyal Fan Base Through Word-of-Mouth

Uniqlo is another brand that often has collaborations - mainly with 2D characters, though! Uniqlo decided to be part of a more experimental collaboration with artist Keith Haring, whose heavily political and graphic works defined the New York of the 80s.

It was a huge success, to the point where you couldn’t walk through downtown Tokyo without seeing at least 1 person with a Keith Haring print on them. With their affordable price, clean yet quirky designs, and huge pop-culture references, it’s no wonder why the collaboration was a success.

Always consider: What do people look for in your brand? How do you keep what makes your brand great, but yet push it a step forward?

Read next: 7 Ways Uniqlo Plans to Take Over the Clothing Industry via Word-of-Mouth

Adventure Time was the new hit TV show that enamored both children and adults, while Dr. Martens was the trusty, classic go-to boot - whatever could come out from combining the two together? Extremely cute and popular boots, of course. Dr. Martens was smart enough to tap onto the new kid on the block and of course, they brilliantly made a limited quantity which led to the most popular sizes selling out incredibly fast. The fact that both Adventure Time and Dr. Martens have extremely similar audiences also helped by making sure the product was appealing to a consistent fan base. Oh my glob, indeed.

Always consider: What is your fanbase? Will your collaboration appeal to your original fan base, or will it split your customers?

Do you think we’ll forget about the collaboration of the century? Why McDonald's x Hello Kitty worked so well was because of the immense amount of hype people created in light of the announcement, combined with the fact that the plushies were of unique designs with a limited quantity. As we all know, people went crazy, glass doors were broken, and it went down as one of the craziest collaborations to have ever happened.

Always consider: How do you balance between ‘limited stocks’ and ‘not enough’? How do you make sure your collaborator’s market and yours will intersect well, even when you are from different industries?

Read next: How Hello Kitty Went From Cute to $7 Billion Cultural Phenomenon Through Word-of-Mouth

7. Taylor Swift x Other Celebrities: The combined power of celebrities from different industries

How does one of the world’s most famous pop singers make herself even more famous? By inviting her other famous friends along in making the music video of the century, of course. Taylor Swift’s Bad Blood video was filled with a star-studded cast of Selena Gomez, Karlie Kloss, Kendrick Lamar, Jessica Alba...the list goes on.

Paired with a 7-digit price tag for a video that was less than 10 minutes, it was no wonder that Bad Blood smashed Vevo's 24-hour viewing record by getting 20.1 million views in its first day of release, and currently sits at a comfortable 670 million views.

Always consider: How can you/do you tap on celebrity power?

8. Nike x Yeezy: Kanye wore it, so it must be cool

The legendary Nike x Kanye West’s Yeezys was one of the first collaborations between Nike and a non-athlete, and even has it’s own Wikipedia page. They’ve sold out at almost every release, with one edition even selling out within 11 minutes. At one point, they were hovering around eBay with price tags as high as $7500.

Apart from the celebrity endorsement, the fact that Kanye had designed them himself and had worn them during many of his live performances added street cred to the shoe. Even his other collaborations with Adidas were immensely successful, with fans commenting that “getting a pair of Yeezys is like the hunger games”. With Kanye’s street cred and a huge, loyal fanbase, it’s no wonder that any collaboration with him seems to go well.

Always consider: Who is the ‘cultural leader’ of your industry?

Because why stop at living musicians, right? Tupac’s legacy is huge, with many fans arguing that he is the ‘greatest rapper of all time’. He has sold over 75 million records worldwide, despite having passed away 19 years ago.

Coachella decided to take a huge gamble and bring his legacy back to life, staging a 100,000 dollar hologram of Tupac for their concert in 2012 with great aplomb. The surprise was said to be “effective enough to both stun and freak out thousands of festival-goers of varied states of sobriety”, and a video clip of Tupac’s performance went viral almost instantly. The amount of publicity this collaboration created was noteworthy enough for academic papers to be written about it.

The impact of this event was to revolutionize Coachella - it wasn’t just merely a music festival, it was Coachella, the coolest, most shocking, and exciting event of the year.

Always consider: What are some ways you can keep your audience surprised and excited? What would be an event that would generate huge (positive) publicity for your company and make your company the forerunner in terms of innovation?

Read next: How Coachella Marketed Itself To Become An $82.4m Hipster Pilgrimage

Recap: What were the factors that made these collaborations revolutionary?