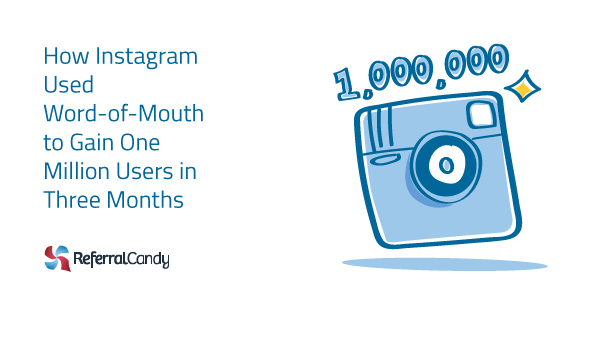 In a span of just four years, Instagram's user base has boomed from 1 to 300 million.

Started by Kevin Systrom and Mike Krieger in 2010, the photo- and video-sharing app has since taken the world by storm.

In April 2012, one and a half years after its release, the company was bought over by Facebook for $1 billion.

How did an app that took just eight weeks to build gain so many users so quickly, and piqued the interest of Facebook?

1. Instead of trying to be too many things, Instagram focused on doing just one thing really well.

Initially designed as a location-sharing app, Burbn allowed users to "check-in at particular locations, make plans for future check-ins, earn points for hanging out with friends, and post pictures of the meet-ups".

However, Systrom and Krieger realized that users weren't using the check-in features at all; they were mostly using the photo-sharing features.

The app was eventually reduced to just having the photo-sharing functionality, and was renamed 'Instagram'.

In an interview with Neil Patel, Systrom explained:

The lesson I’ve learned is that you need to make sure to always cut what doesn’t work, cut the stuff that isn’t popular, and focus on continually improving your product and your focus...

Companies go through identity crises and they figure themselves out over time, but I think it’s all about keeping what sticks and throwing away what doesn’t.

Word-of-mouth Pro Tip: Don't be afraid to modify or remove features that aren't popular with users. Listen to your user data, and follow what your users are telling you through their actions.

More than 25,000 users signed up on the day Instagram was launched, and one of them included high-profile influencer, Jack Dorsey. The Twitter co-founder tweeted about it to his million+ followers, which likely caused them to go check out the app.

As other influencers started using the app and sharing their experiences on social media, Instagram was eventually featured as the app of the day on the Apple app store.

Word-of-mouth Pro Tip: Getting your product in the hands of relevant influencers can be a win-win situation. They gain social proof for featuring something cool before everyone else, and they'll help to share your brand name with all their followers.

3. Instagram was made available on Android almost two years later, resulting in one million downloads on the very first day.

While more than 30 million iPhone users were busy snapping and sharing their photos on Instagram, Android users had to wait for nearly one and a half years before the app was available for Android.

Needless to say, the app's download count exploded, hitting one million downloads on its first day and hit 5 million in 6 days.

This delay, while probably unintentional, benefited Instagram in two ways: iOS users had bragging rights over their Android counterparts for more than a year, while the inability of gaining entry into the community-made Android users covet the app even more.

Word-of-mouth Pro Tip: You can use the power of exclusivity in many ways: be it in the form of pre-orders, a waiting list, or giving access to a selected group of customers. Those who have it will talk about it, while those waiting will tell the world how much they want it.

Fun fact: When Instagram was made available to Android users, more than a few iPhone users were unhappy that Instagram was no longer exclusive to them...

Existing social media platforms like Facebook or Twitter have photo/video uploading capabilities, but they lack the editing functionalities that has made Instagram famous. With Instagram's integration with these popular social media platforms, users can upload their beautifully-edited photos on their favorite social platforms with a single press.

This move leverages off the pre-existing networks of Instagram users, so their peers will know about the app that allows their friends to take such nice photos.

Systrom reiterated this point during the TechCrunch Disrupt NYC:

Instagram’s open social network and integration with other social sites has gone a long way in making it popular. Users can view photos added by their own network in their home feed and also view other popular photos on the network. They can like and comment on any photo or flag questionable content for review. They can also share their own Instagram photos on Facebook, Twitter and Flickr.

In another article on Forbes, venture capitalist Todd Warren explained that:

The social nature of the activity was a natural generator for new people to enter the network and download the application. The attachment to existing social networks provided a very cost effective channel strategy. Their sales strategy was about seeding the social network effectively to get additional adoption.

Word-of-mouth Pro Tip: Despite trying to build its own community, Instagram chose not to directly modify the existing sharing behaviors of its users. People were still used to sharing photos on Facebook, Twitter, and Tumblr.

The key here is to understand your users' habits and see how your product can integrate smoothly with their behaviors.

To recap, Instagram's early success can be attributed to a few core reasons:

Some might be attributed to chance, but the rest can be achieved through understanding your customers' behavioral habits, and figuring out what they really want.

Once you've built an app that can bring great value to your users, get it into the hands of the right influencers, and have them share it with their networks.

For more examples of how other companies (e.g. Coca Cola, Google, TOMS, Tinder) acquired their first customers through word-of-mouth.