How Huawei Rose To Become The No. 3 Smartphone Globally 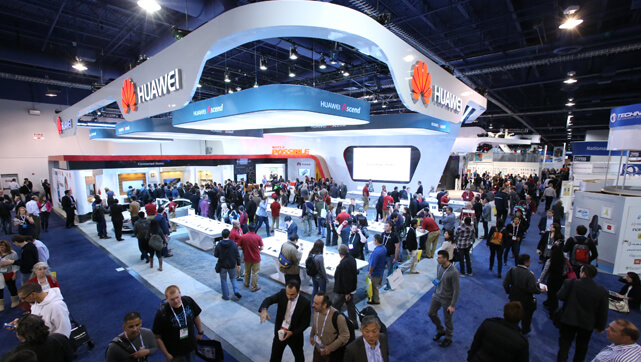 Five years ago, you might not have heard of Huawei.

Fast forward to today, the company is considered a giant in the mobile industry.

The brand is globally recognized as the world's no. 3 smartphone maker, behind Apple and Samsung. In fact, it sold 139 million phones last year and it generated a profit of $5.3 billion.

How did Huawei climb its way to the top?

Huawei didn't want to just leverage product functionality, instead, they also wanted to focus on building brand awareness. They knew that in order to gain hype they had to embrace local markets and create content, and as a result, they created the Huawei Best Wei Campaign.

The campaign’s name is attributed to the local slang of Malaysians. It brought together creative content, local talents, and media platforms to engage with its target audience.

Last 2016, it won gold at the Marketing Excellence Awards.

What makes the campaign a stroke of genius, is its focus on localization. The brand partnered with Media Prima Television Network to create campaigns or videos that would leave a mark on Malaysian audiences.

With help from local partners, Huawei releases advertising campaigns that are tailored to resonate with its target audience.

Huawei has had a number of successful celebrity collaborations in the past.

Among these successful collaborations include its teaser campaign for its P9 smartphone, starring Henry Cavill and Scarlett Johansson.

The ad highlighted the photographic capabilities of the P9 and P9 Plus smartphones’ 12-megapixel cameras. Henry Cavill represented the monochrome features of the camera, while Scarlett Johansson represented its colorful features.

A-list celebrities have a massive fanbase. As such, collaborations with them can guarantee a boost in brand awareness.

One of the secrets to Huawei's success is the introduction of its new products in large-scale exhibitions.

In recent years, Huawei has led a number of activities and joint exhibitions at the Mobile World Congress. Last February, the event featured more than 100 operators and partners from around the world. They demonstrated innovations that resulted from collaborations with the company.

During the event, the company also engaged with industry partners and operators regarding future trends in the mobile industry and advised them on how they could achieve value-driven growth.

Exhibitions are a great way to increase brand awareness, promote new products, and to demonstrate the company's achievements and innovations.

Huawei's online success can be attributed to its consistency when posting on its social media pages. These posts are accompanied by visually rich imagery and videos.

An example of such a post is the current #Standout campaign for the Huawei P10.

The campaign teases on the features and color options for the upcoming smartphone. According to a post, the colors would allow users to “let your personality shine.”

With a total of over 44 million followers on Facebook, the strategy seems to be working.

When it comes to social media, consistency is key. By ensuring that social media pages are up-to-date, the brand is able to sustain and maintain its number of followers.

Huawei is everywhere in Europe.

Europeans cannot visit downtown Brussels or Berlin without encountering entire buildings covered in Huawei ads. They can't travel to Poland without witnessing roads and highways covered in billboards. They can't even watch soccer without seeing the Huawei logo since the brand has endorsements from popular soccer teams like Arsenal, AC Milan, and Paris Saint-Germain; or stars such as Lionel Messi.

But it doesn't end there.

In electronic stores in Europe, the number of Huawei phones also outnumber Samsung's.

“It was remarkable. Their devices are everywhere” says IDC researcher ­Francisco Jeronimo in an interview.

In the first quarter of 2016, Huawei sold 10 times more phones than Apple in Finland!

According to Gartner analyst CK Lu, "It’s really grown fast. From a global perspective, Huawei is the most successful Chinese brand.”

Billboards and street ads might be traditional. However, Huawei's strategy proves that traditional methods still work—when done on a massive scale.

Here’s a recap of the lessons from Huawei’s success: