How to Go Viral On Social Media: 4 Scientific Influences

Originally posted as an answer on Quora. Updated and re-written on June 19, 2021

What Does It Mean To Go Viral?

There is a lot we can learn about how to go viral on social media simply by watching real-life viruses.

At the time of writing this, COVID-19 has ravished the entire world. Most countries have their borders closed and small businesses are forced to remain closed indefinitely.

The virus spread with lightning speed, starting on one end of the globe and working its way to the other.

What started out as a fluke accident, a novel virus that had once never existed, the Coronavirus soon became a global phenomenon.

And then boom. You see it everywhere.

While you have no control over whether or not an internet user shares your content, you can achieve viral success if you first understand how viral content spreads and why.

And when it comes to viruses, there are 3 things you need to know:

In this post, I’m going to break down what makes things go viral and how to launch your own viral marketing campaign. By the end, you will be able to develop your own content strategy that is sure to earn you social shares the world over.

What Types Of Content Are More Likely To Go Viral?

Before we can look ahead, it’s useful to look at past behavior trends.

An article by Noah Kagan and Buzzsumo presented stats based on the analysis of over 100 million articles.

Here are some notable findings:

Even if you create amazing visual content, it may still fall flat on its face in the world of social media.

And judging from the way things went down in the 2016 US presidential elections, it seems like your greatest chance of going viral on any given social media platform is by sharing a political meme.

There Are 4 Main Factors That Influence Going Viral

There is no simple answer to how virality works. We can easily dissect it in hindsight. Gangnam Style, a viral video on YouTube, went viral because it was unexpected, quirky, had a clash of Korean culture and dance music, and had the funny elevator guy.

Predicting what will go viral, on the other hand, is much harder.

If we could predict in advance what would go viral, then we’d make everything viral. The difficulty with viral marketing is that even if you play all your cards “right”, you might not get the amazing results you were hoping for.

That’s just the nature of the game.

It’s helpful to use regular viruses and epidemics as a metaphor. “Viral”, after all, comes from the word virus, and making something go viral is remarkably similar to spreading an infection.

And these are the four main factors that contribute to a viral marketing campaign.

1. The Stickiness Of The Virus

Just like viruses are sticky, allowing them to spread across the globe in the blink of an eye, so too are urban legends and juicy gossip.

If you want to make something more sticky, then you’ll need to first understand what makes something stick in the first place.

According to psychological research, there are two major components to creating a viral effect:

For our entire existence, this has served as a survival tactic that alerts us to potential harm through things we have yet to deem as safe.

Just like Coronavirus was a viral success because of its novelty, so too is new content in a viral campaign.

Curiosity, it turns out, is yet another survival mechanism that eventually led our species to world domination.

Our insatiable curiosity led us to an agricultural revolution that allowed our species to explode. It’s also what led us to the industrial revolution and then, lately, the technological revolution.

#Movember, for example, became a social media sensation when everyone realized they had an excuse not to shave for an entire month. Especially the women. 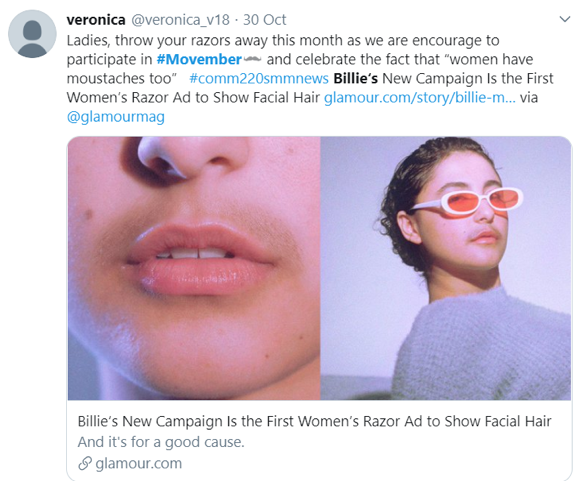 Shockingly new and makes you a little curious about why people aren’t shaving (for charity). Within a few months, everyone was doing it too.

2. The Contagiousness Of The Virus

The reason Coronavirus has had unprecedented viral growth is because it is extremely contagious.

A distant relative of Coronavirus, SARS, was much deadlier than COVID-19 but wasn’t that contagious. So after its 15 minutes of fame, it eventually sputtered out and went down in history as a deadly virus that never went viral.

If you want to make something more contagious, you have to engineer it such that it’s easy to spread.

According to Jonah Berger, who is arguably the viral marketing expert, says that these six factors make something contagious:

3. The Medium Through Which The Virus Is Spread

The common cold spreads much faster during the holiday season when lots of people are gathered together. Coronavirus spread through airports and long-distance flights, from one crowded city to another.

The same concept can be applied to viral content and social media marketing.

In social media, this means knowing where the right people are clustered in the right way. You’ll need to find the right forums, the right communities and gatherings.

This is why social media influencers are key to viral marketing campaigns and why every self-proclaimed marketer spends hours each day sending pitch emails.

We are the vessels in which the virus is transmitted from one crowded place to another.

4. The Influence Of The People Doing The Spreading

Networks are unequal. If you wanted to spread something through the above network, then you’re going to have to target the people who will do the most spreading.

Seth Godin describes these influencers as Sneezers, and he breaks them down into Promiscuous Sneezers and Powerful Sneezers. Their viral coefficient, or how many new shares this single user can generate, increases with the more exposure they have to your target audience.

In fact, users are 15% more likely to enjoy the content shared by people they follow on social media platforms than by the brands themselves. It’s a type of social proof phenomenon, where people trust that something is good simply because others said so.

So even if you’re not trying to create a viral post, incorporating others in your content strategy is extremely valuable.

When we see something being shared by someone influential, we automatically perceive it to be good.

We assume that influential people are busier and better at filtering out bad content than we are, which makes whatever they’re sharing worth reading. Even if we do not end up actually reading it, we are likely to share it.

According to the stats, having an author byline or bio accompanying the article resulted in up to 42% more social shares on Twitter, LinkedIn and Google+. The author doesn’t have to be someone famous; the mere presence of a byline or bio does the trick, as supported by research conducted at the Nielson Norman Group.

This works because our brain uses mental shortcuts to make evaluations faster.

Instead of spending hours researching an author’s background to ensure that the information reported is credible and accurate, heuristics draw upon our own experiences and knowledge in order to make quick evaluations, at the expense of definite accuracy.

Whether you work with a content creator (a sneezer), social media influencer (a promiscuous sneezer), or some YouTube star (a powerful sneezer), you’ll need the help of these messy spreaders to reach any viral success.

Don’t worry, you don’t need to necessarily pay them. Just create some visual content that they’ll wanna share naturally and make sure they see it when you launch your viral campaign.

You’ll find lots of how-to guides on how to go viral on social media and that’s great. Follow those steps and see how far you get. You might reach viral status but I’m gonna guess that you probably won’t.

The truth is that you’re probably already doing what a lot of those guides recommend.

I encourage you to take it a step further to truly analyze what makes a social media post go viral and how that correlates with the way that our brains work. See what is going viral in your niche and on which social media channels it is finding the most success.

Then see how you can replicate it. But, you know, with novelty.

Being a content creator isn’t just about creating beautiful content (I wish!). It’s about truly understanding how to get engagement by triggering the neural pathways that are far stronger than our resolve. Once you understand that, you are ready to create a viral social media campaign.

Marquis Matson is an SEO analyst, content marketer, and writer. She specializes in search engine optimization for ecommerce sites in the yoga and wellness niche. She lives as a digital nomad, spending time in Ecuador, California, Thailand, India, Australia, and more. You can find her on LinkedIn, Twitter, at marquismatson.com, or contact her directly at marquis@anafore.com.

Referral, Affiliate, or Influencer: Which Is Right for Your Brand?

Marketing is about getting people to say good things about your brand—but between a referral program, an affiliate program, and influencer marketing, which is right for your brand? With surging ad costs and data privacy...

24 Social Proof Examples From Brands That Are Doing It Right

Ever walked past a restaurant with a long line and thought to yourself: “The food must be good if people are waiting that long to get in.” You assume that the food must be well worth the long waiting times. You might...