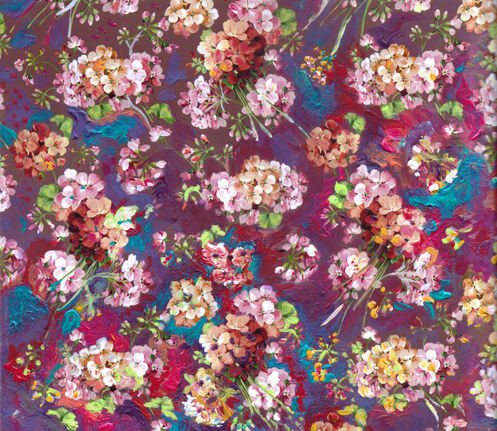 Everyone has heard of Gucci.

Despite the brand's exclusivity and unattainability for most consumers, it's always been popular.

Gucci's fame can be attributed to its appeal to rich public figures.

Celebrities and elites wear Gucci all the time. As a result, it's always been the talk of the fashion industry.

How does Gucci stay on top? In part through marketing strategies that focuses on creating an immersive ecommerce experience and online awareness.

Most luxury brands are defined by the luxurious shopping experience they offer.

Shopping in Gucci's majestic stores is a unique experience. But how does a luxury brand recreate the same experience online?

Gucci's online store features ready-to-wear collections that are curated as they appear on the runway.

"They have brought to life their world — it’s curated in a way that it represents the life of the Gucci woman in a very smart and subtle way, while still making the consumer feel that they want to live in this world.” said Schatzberg, president of digital agency Wednesday, in an interview.

Gucci also places customer services options on each product page, so that  customers can easily get in touch with salespersons.

Gucci has always projected an aura of elitism and luxury. And, it has a collection of visually rich imagery to thank for it.

The product pages are filled with high-quality images of its products. Additionally, these images can be viewed in multiple angles and consumers can zoom in on the photos.

Gucci's high-quality images and attention to detail prove that it's a luxury brand, that's a cut above the rest.

Gucci has been worn by a number of highly successful artists in their most successful performances.

Some examples of such performances include Lady Gaga's rendition of the the National Anthem at the 2016 Super Bowl. During her performance,  she wore glittery red Gucci suit pants and white and blue platforms, designed by Alessandro Michele.

Gucci had another noteworthy collaboration with Beyonce in her famous video "Formation." The video featured Beyonce with an array of female dancers clad in similar custom-made Gucci crop tops, leggings and high-waist booty shorts.

Fast forward to her groundbreaking album "Lemonade," she wore a Gold Gucci suit from the Spring 2016 collection.

These celebrity collaborations show Gucci's dedication to be a part of popular culture.

“If the story you’re selling and the dream you’re trying to create doesn’t relate to popular culture and people at large, your channels are not going to drive growth,” Ian Schatzberg, president of digital agency Wednesday said in an interview.

Its emphasis on popular culture has led the brand to dominate world's most prominent fashion magazines. In fact, last January to March 2016, the brand garnered the most spring magazine covers. A total of 10 fashion magazines, from Harper's Bazaar to Vogue, were obsessed with Gucci's products.

By including the brand in popular culture, Gucci is able to expand its appeal beyond the industry's fashionistas and into the world of the average consumer.

The #GucciGram features a series of artworks inspired by Gucci's house prints created by Insta-famous and up-and-coming Instagrammers.

Among the submissions were the photograph by @f_fleur (An Nguyen). Her work features  a model who holds a Gucci print handbag like a sacred object.

Another image by Sara Rainoldi (@sararainoldi_) who recreated Gucci's flower prints in a stunning painting.

According to Gucci's Alesandro Michele, "#GucciGram is a starting point to tell different stories, which are all united by a great freedom. Today creativity is often born and finds its voice in digital media, a vital source of visual culture.”

The campaign resulted in an online platform where artists from around the world were able to creatively express their interpretations of Gucci's patterns.

By inviting Insta-famous visual artists to recreate Gucci's patterns, and making it a part of their own campaign, Gucci is able to create tons of online hype.

5. That Feeling When Gucci: uses memes to sell wristwatches

Memes—images or animated gifs paired with clever text—are always hot in social media. Millennials love to like and share them with their friends either because they're witty or funny.

Guuci took advantage of this trend when they launched the new Le Marche des Merveilles collection of watches.  The brand commissioned a handful of famous Internet artists such as designer @williamcult (William Ndatila), documentarian @littlebrownmushroom (Alec Soth) and photography team  @meatwreck to create a curated collection of memes that online consumers can relate to.

The campaign, called—That Feeling When Gucci or #TFWGucci— was adapted from a popular meme.

"When he gets mad a at you for being 3 hours late but you're too fire to deal with that kind of attitude," reads one caption on a photo featuring the hands of a mysterious fashionista who carries a burning rose as she glances at her new Gucci wristwatch.

"When the only face that that they'll be looking at all night is on your watch." reads a second, featuring an individual cloaked in a Gucci bag and wearing three Gucci wristwatches.

These pieces are just a few of the photos released by Gucci in their irresistible online campaign.

Here’s a recap of the lessons from Gucci’s success: