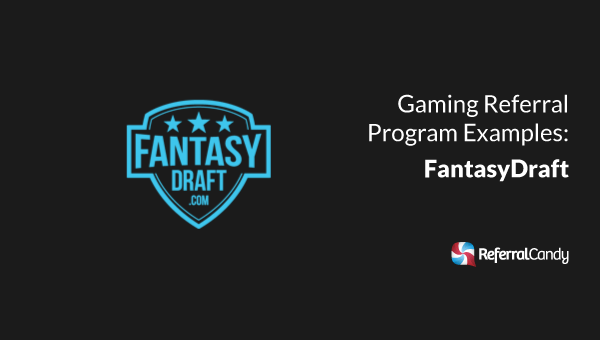 I've always had a soft spot for games– we talked earlier about World Of Warcraft's referral program, for example.

Games are interesting because they're very "pure". People play them if they're fun, and they don't play them if they're not fun. In contrast, a B2B offering might be a lot more complicated– you might dislike using a service but be forced to use it anyway because of some reasons beyond your control.

So I think it's reasonable to assume that games develop a better understanding of people's raw interests and motivations. And we can learn a lot by paying attention to the referral mechanics in these games.

All referral incentives are supposed to encourage advocates to refer their friends, but this multi-tiered, multi-level system takes it to the next level.

While costly, this makes a lot of sense from FantasyDraft's customer acquisition perspective. People are much likelier to keep playing a game if their friends and friends-of-friends are also on it. The quality of these connections outside of the game enriches people's experience in the game, keeping them hooked and coming back for more.

Here's the precise nature of their payout tiers:

The visual, while neat and clear, really doesn't do justice to the raw scale of the commission rate. As the text says– 6 degrees of 5 referrals each means earning commission from over NINETEEN THOUSAND people.

Would be cool if they had a visual to communicate that sense of scale.

Nice to see the list of benefits that remind you why you're signing up– so you don't feel like you're just filling out your particulars for something, like an insurance form. (Actually, wouldn't it be cool if insurance forms, etc listed out their benefits too?)

Stuff to pay attention to: