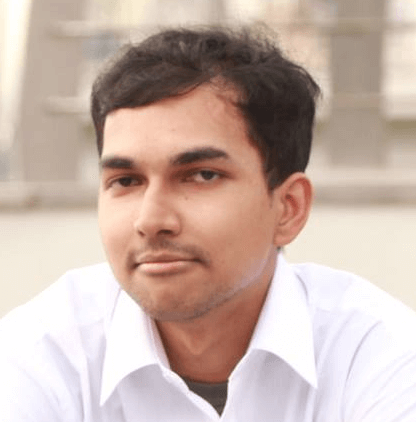 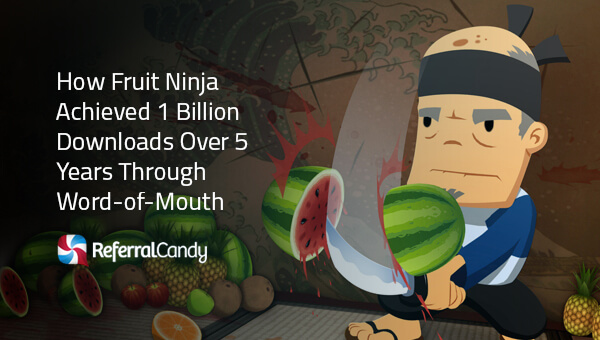 Who would have thought that a game involving slicing up fruits would become one of the most popular downloads among the mobile gaming community?

As Fruit Ninja celebrates 5 years of fruit slicing mayhem, let’s take a look at the marketing strategy that helped this game become a force to be reckoned with in the mobile gaming arena.

1: Debuted with an innovative gameplay mechanic that differentiated it from other mobile games

When Fruit Ninja entered the mobile market back in 2010, the mobile gaming landscape for smartphones was still in its infancy.

While most other mobile games back then made use of touch and tilt gestures, Fruit Ninja was the first one to effectively employ the use of finger swipe gestures as an innovative way for users to play a game.

The swipe or slice gestures imitated the actual action of slicing up the fruits in-game and helped them to bring something new and fresh to the table.

2: A hilarious premise got people’s attention, and even inspired the creation of fan-parodies - AKA free publicity!

This tagline was enough to catch the attention of a number of YouTubers, who parodied the idea of fruit-hating ninjas.

“Fruit Ninja in Real Life to Dubstep!”, a live-action short by YouTuber Scott David Winn was released in 2012. It involved the main character slicing fruits with a sword to become a ninja. It racked up 29 million views and even got the attention of Halfbrick Studios who shared the video on their official Fruit Ninja Facebook page.

This shows just how Fruit Ninja’s simple yet ridiculous premise helped to kickstart a huge amount of fan-created content, which helped spread word-of-mouth about the game.

Read next: How Kung Fury Got Over 20M Hits And Became A Viral Sensation Through Word-of-Mouth

Fruit Ninja did not overwhelm players with complex instructions and gesture combinations.

The developers knew their target audience was the casual gamer and kept instructions simple, like “Slice Fruits” and “Avoid Bombs”.

The “easy to learn but difficult to master” mechanic of the game proved to be appealing to most mobile gamers, making Fruit Ninja a crowd favorite among users across a wide range of age groups.

Fruit Ninja first debuted on the Apple App Store for the iPhone (and released later on for the iPad).

It was only a matter of time before the developers ported Fruit Ninja to a variety of platforms and consoles like Android, Windows, PS Vita, and Xbox. This helped Fruit Ninja to broaden their user base, attract new users, and sustain its prominence in the casual gaming scene.

5: Constant evolution with new updates to gameplay and improved graphics

In 2010, Fruit Ninja was released with only one game mode.

The continued steady addition of a variety of extras has helped Fruit Ninja to adapt and stay fresh in an ever-evolving mobile gaming scene.

6: Collaborations with other popular media helped continue its spread via word-of-mouth

Fruit Ninja: Puss In Boots came out in 2011 to help promote the Dreamworks animated film “Puss in Boots”.

It still retained the gameplay elements which players loved, while also putting a creative spin on Dreamworks’ new film to tie it into the Fruit Ninja universe.

Other notable tie-ins included one with Skittles, a collaboration with Sony Pictures Consumer Products to celebrate 30 years of “Ghostbusters” and a Mythbusters TV special with Adam Savage and Jamie Hyneman.

With these tie-ins, Fruit Ninja is able to reach a much larger audience, as well as generate excitement in individuals who happen to be fans of both the collaborators.

With a Fruit Ninja animated series slated to debut on YouTube sometime later this January, Halfbrick Studios looks set to expand its audience reach and generate even more word-of-mouth!

7: Using Social Media to connect to their audience and solidify their identity

Halfbrick Studios has been actively making use of Facebook to announce new content additions, letting players know that their feedback is valuable, reaching out to beta-testers, scheduling Q and A sessions via live streams on Twitch, and sharing their achievements with the fans.

They also released a feature-length documentary last year covering their struggles and successes with developing Fruit Ninja from the early Flash prototype to the game it has grown into today.

Their openness in using these social media portals to reach out to fans and interact with them allows them to keep a very loyal fanbase, as well as establish its identity as a brand that cares about its fans.

RECAP: What can we learn from Fruit Ninja’s success?

Read next: How World of Warcraft Gets Gamers To Recruit Their Friends