How Fitbit Grew To Become the Best-selling Fitness Tracker 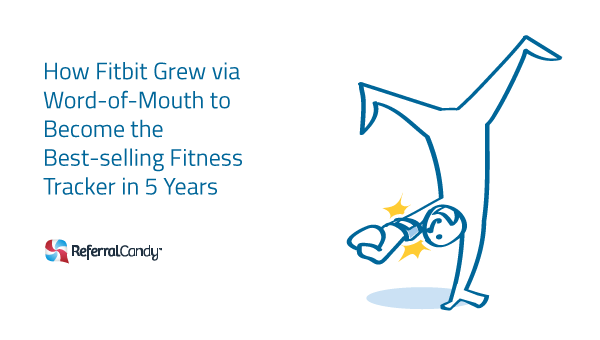 Fitbit went from almost going out of business 7 times to having sales of $745.3 million in 5 years.

Initially, Eric Friedman and James Park released Fitbit, but it didn’t gain traction until they got more funding and fine-tuned their marketing approach a couple of years later.

In 2014, the Fitbit app was reported to be the top downloaded fitness app on the Apple App Store.

In an article by Cognition Agency, Fitbit had also spent less on marketing in two years than Nike did on a single marketing exhibition.

Let's take a look at what Fitbit did that allowed them to transition from flab to fab with minimal time and resources:

1. Fitbit partnered with their users and Feeding America to donate 1.5 million meals for the needy, generating lots of hype for the brand.

In February 2015, Fitbit started a campaign - FitForFood, where Fitbit users would burn calories in exchange for food that would be donated to Feeding America, a hunger relief organization.

The video that accompanied the campaign featured comedian Joel McHale, who, together with Feeding America and Fitbit, helped to spread the word out to his 3.61 million viewers on Twitter:

In the end, more than 106,000 users participated in the campaign, reaching the billion-calorie mark in less than a month.

Word-of-mouth pro tip: When you get your customers to engage in something meaningful, like a charity, they will feel more motivated doing so, and might even get their friends to help out. It also gives them social currency, and puts your brand in a positive light.

2. Fitbit uses challenges to transform fitness into a game, motivating users to compete and invite their friends to join.

Competition is an interesting and powerful motivator:

By gamifying the act of keeping itself, Fitbit manages to find new ways to motivate us to stick to our goals, have fun, and keep the brand top-of-mind.

Word-of-mouth pro tip: Contests and competitions, even unofficial ones, are great motivators for customer engagement. Giving them something to gain from winning others provides social currency, which motivates them to keep trying.

All this is good for maintaining brand memorability.

Fitbit places a huge focus on social motivation, believing that it's a core factor in keeping users engaged and talking about the brand. Every Fitbit tracker automatically uploads user achievements onto any social media platform, allowing them to show off their progress and compare with their peers.

Those who aren't Fitbit users who happen to see their peer's achievements might feel curious about it, and envious that their friend is on their way to achieving their fitness goals. This might lead to conversations about fitness, which will definitely include Fitbit.

As a Fitbit user, knowing their progress will be uploaded on to Facebook or Twitter motivates them to keep working hard, so that they can be proud of their achievements.

Once they do feel proud of their progress, they'll also feel inclined to tell their friends about it.

Word-of-mouth pro tip: When we feel proud of something, we are naturally inclined to talk about them. There are many ways your brand can utilize social media to give your customers social currency.

For Fitbit, that's fitness progression and goal achievements. For apparel, you can use hashtags to celebrate fan photos, as Black Milk clothing does.

But their focus on engaging the social animal in all of us is perhaps the main reason they have been able to maintain their dominance despite the entrance of the Apple watch.

They are able to keep the brand top-of-mind and in conversations thanks to these factors:

If you're interested in knowing how other brands are growing and breaking milestones via word-of-mouth, check out our posts on TOMS, CrossFit, and The Coolest Cooler.