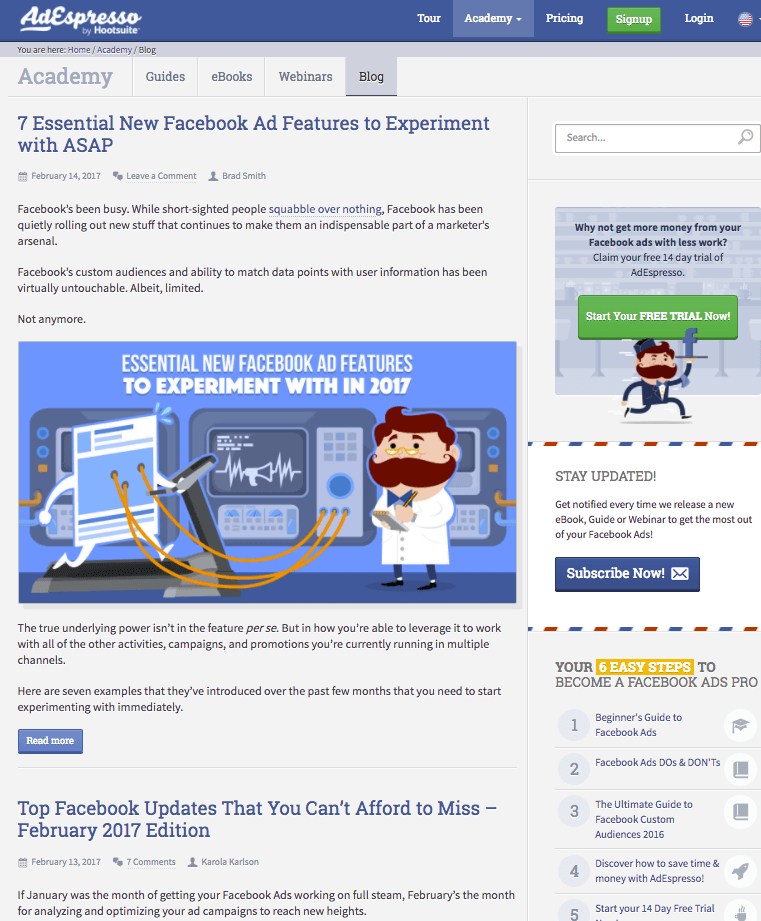 When we talk to retailers, we keep hearing that Facebook is one of the most important marketing channels that they have to work with.

Some are doing well, but many are really struggling – throwing lots of money at Facebook without seeing much return on that investment.

Yet everyone has seen or heard of other retailers doing really, really well on Facebook.

So we know that it's a lucrative channel for some, but not well-understood by most.

Here are some of the best blogs and reads we've found that can help you understand the Facebook channel better.

Amy Porterfield has been blogging and podcasting and vlogging about digital marketing for at least 7 years. Follow her on Twitter at @AmyPorterfield.

AdEspresso makes Facebook ad optimization software; but even if you don't use it, their blog is full of incredibly valuable information about Facebook advertising.

Buffer makes a really easy-to-use social media scheduled posting tool – and they also publish lots of great content about all the social media platforms around.

Razor Social is run by Ian Cleary. Follow him at @IanCleary.

Let us know in the comments!