How A24 Broke Into The Highly Competitive Global Film Market 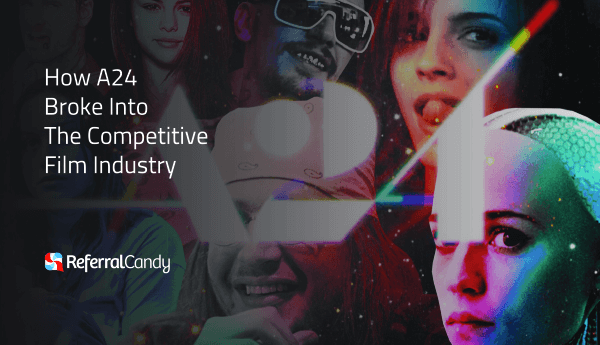 A24 is an American film distribution, production, and finance company formed in 2012 by marketing and distribution veterans Daniel Katz, David Fenkel, and John Hodges.

It is clear from even a quick glance of its filmography that A24 places the quality of its films above all else, including whether or not the film makes any money in its theatrical runs. Indeed, as one of its founders, David Katz, tells The Hollywood Reporter, "When we started, we wanted it to be about the films and filmmakers, not us."

A24 owes its highly unprecedented success in the independent film market and worldwide market to many factors, one of the strongest of which is through their use of word-of-mouth.

In a boldly unconventional move by A24, the location-based dating application, Tinder, was used to market their 2015 science-fiction psychological thriller film Ex Machina. At the South by Southwest Interactive Festival in Austin, Texas last year, users were pleasantly surprised to come across Ava, who redirected her matched counterparts after asking them ""What makes you human?" to her Instagram page, which included a video promoting Ex Machina and details regarding its festival premiere.

This unconventional and experimental move by A24 resulted in massive support of Ex Machina during its festival runs, which led to massive social-media word-of mouth encouraging people to catch the one of year's best films on the big screen.

In an industry where it sometimes costs four times as much to market a film than it does to make one, the risk factor comes into play greatly. Movie marketers marketers are cautious to stick to set standards and previous successes, and this leaves little room for creative outreach. As such, A24's successes with its creative and experimental marketing efforts are definitely commendable and worth learning from.

In their efforts to promote The End of the Tour, a dramatization of an interview between journalist David Lipsky and the late renowned author David Foster Wallace, A24 marketed the film with a more mellowed and cerebral approach in tune with the aesthetic of the film. A24 partnered with Medium.com to create a project, "Just Words", an initiative which encouraged artists from all walks of life to come together to celebrate the life and works of David Foster Wallace.

In contrast, the marketing of Spring Breakers eschewed a mellowed approach for a bang out nightmarish quality and cool harshness aesthetic, which is of course in tune with the film. The director of the film, Harmony Korine, complimented A24's approach, stating, "They saw that marketing was a creative act that could be entertaining in and of itself. They were thinking in a different way, trying something newer and maybe more radical with their approach..."

A24's affinity for placing the quality of their projects above all since their inception has led to an auteur-like status being awarded to their company; where one wouldn't bat an eye to which film was distributed by which company, an A24 film is sure to generate buzz purely on the merits of its name and track record due to its unique and innovate marketing techniques and the trust relationship it maintains with its audiences.

The presence of a company on social media these days is more or less a necessity, whether it be as simple as updating its followers on its opening and closing times to something more complex such as promoting multi-million dollar projects, as is the case with A24.

A24 is no stranger to the social media sphere. It has a large presence on Twitter, Instagram, Facebook, and YouTube. It even encourages its director's to engage with their fans during releases of their respective films via AMA sessions (Ask Me Anything) on "the front page of Internet," reddit. [see: Harmony Korine's AMA for Spring Breakers; Alex Garland's AMA for Ex Machina; Kevin Smith's AMA for Tusk.]

A24 boasts such wonderful films as 2015's indie sci-fi hit, Ex Machina; a memorable coming-of-age story, The Spectacular Now; a movie set almost entirely in a car, Locke; to this year's bone-chillingly terrifying film, The Witch (which came highly recommended by the Master of Horror and one of our greatest living novelists, Stephen King). And these are just a few of over 40 films in this young company's increasingly impressive filmography. Its rapid success has even led to its ability purchase distribution rights to films with A-list stars such as Jake Gyllenhaal in Enemy and Scarlett Johansson in Under the Skin. 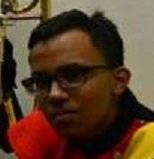 Kishan Kumar is a writer and a self-proclaimed cinephile who used to be a trumpeter in a marching band. He enjoys writing about movies and drinks more Red Bull than he should.