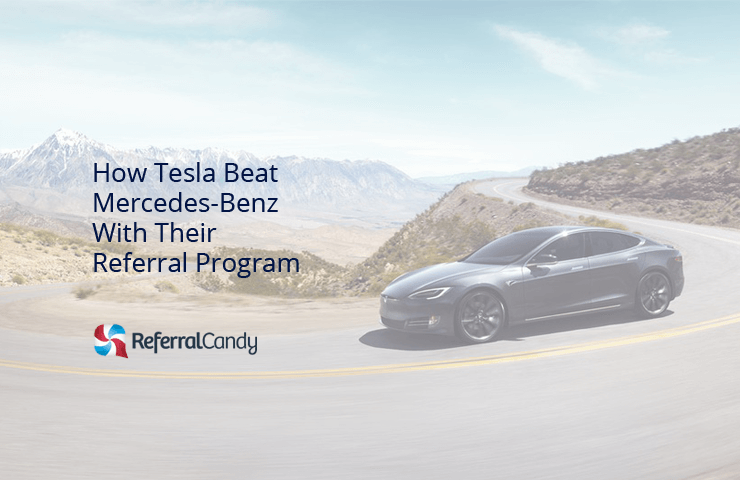 On 17th January 2019, Tesla founder Elon Musk tweeted that they would be ending their popular referral program after 10 iterations:

Many have been talking about the reasons behind the termination of their referral program which had been around since 2017.

The biggest reason and one that Elon Musk himself has given is that the referral program was not sustainable.

The company had started giving away free cars to those who could refer 50 customers onwards.

Ben Sullins from Youtube channel Teslanomics goes into detail of how the Tesla referral program was unsustainable, especially towards the production costs of their affordable Model 3. He himself had also received a couple of cars from such referrals, and disagreed with the end of the program, pointing out that Tesla's referral program had earned them up to 550x ROI, compared to only 34x advertising ROI spent by General Motors

However, we also believe that Tesla had achieved its goals of customer acquisition and brand advertising -- and the secret ambition of the inimitable Musk.

To understand how that may be the case, it's worth understanding what happened when they started:

When Tesla sold their first cars, they were heels deep in several unknowns.

They were selling a product that was an underdog in the gasoline-dominated automobile industry. Prior to Tesla, the last famous mass-produced EV (electric vehicle) was the EV-1 from General Motors that was in production from 1996 to 1999. That vehicle was also the subject of the 2006 documentary "Who Killed the Electric Car?". One of the prevalent topics mentioned in the documentary was the presence of pressure from the oil industry as EVs represented a threat to their monopoly.

They also had to deal with pre-existing stereotypes about electric cars. Namely that they are unable to match gasoline cars in terms of range and reliability.

For instance, in 2008, popular BBC motoring show Top Gear featured the Tesla Roadster and pitted it against a Lotus Elise. While it did perform well at the beginning, the Tesla was shown being pushed into the garage by host Jeremy Clarkson and a few others.

Clarkson implied that the car had run out of power by saying, "This car really was shaping up to be something wonderful. But then..."

On another occasion, New York Times journalist John Broder wrote an article in 2013 where he drove the Tesla Model S from Norwich to Milford. The goal was to make the trip which had two Tesla Superchargers in between. However, he wasn't able to finish the journey and had to call in a flatbed truck to save the day.

What's interesting was that Elon Musk didn't believe the article was written fairly. After the Top Gear's Tesla review in 2008, Tesla realized the importance of data logging drives performed by media. And after analyzing the data, Elon Musk wrote a detailed article which provided contradicting evidence to each of John Broder's claims.

For some reason, there was a climate of media frenzy and negative coverage around Elon.

Despite all this, Tesla owners were impressed. According to an email sent to Tesla Model S customers in 2015, Elon Musk stated that Tesla owners would tell him how they have persuaded others to buy a Tesla:

Word of mouth has always been a major part of how Tesla sales have grown. When I meet Tesla owners, one of the first things they often tell me is how they have convinced many others to buy the car.

He also eschewed the idea of paying for traditional marketing, instead believing that word-of-mouth made for a more convincing endorsement,

As you may already know, Tesla does not advertise or pay for endorsements or product placement. Maybe by doing so we could sell more cars, but I don’t like the idea of trying to trick people into buying a product by false association. If you see somebody famous driving a Model S, it is because they genuinely like the car. If you see it in a movie or TV show, it is because the people associated with that production genuinely like the car. - From an email sent to Tesla owners

In that same email, he also pushed out the first iteration of their referral program as well as a referral competition to win a free car.

Elon Musk had previously achieved great success in referral marketing with his previous venture, PayPal. By giving away $20 credit to both referring parties, PayPal was able to blow up their customer acquisition to 100,000 within the first month to more than a million in just months.

With Tesla, Elon Musk was applying the same successful formula that had worked with PayPal.

2. Acceleration: The Evolution of Tesla's Referral Program and the Tesla Community

As the referral program took off, the company continued to draw the attention of the media. Combining the direction and achievements of Tesla and aerospace company SpaceX, Elon Musk was cementing his reputation as a technology visionary - no surprise the man (and the Tesla) appeared in the first Iron Man movie.

As the company became more popular, a small Tesla eco-system started to grow outside of Tesla and Elon Musk's actions. Forums dedicated to Tesla (e.g. Tesla Motor Club) were created and Youtube channels (like the ones mentioned above) were formed. Even statistics websites showing referral numbers like Tesla Stats were created in the wake of the company's referral program and media coverage. Fans were also discussing the company on Reddit and other social media platforms.

While Tesla themselves did run some competitions to generate interactions, it was these community-driven sites and channels that were producing the most content and activity.

Through their referral program, Tesla had been giving away rewards with increasingly higher value to encourage customers to share. From decent rewards like jackets to a Powerwall, Tesla kept upping the ante.

But they eventually went up to give away an actual car.

Customers who completed the five referrals stated on their site would unlock a new "secret level". Every subsequent referral would result in a percentage discount off an actual car.

In their later iterations, those who made enough referrals would get a Tesla Roadster for free. Other models included the Model 3 Performance edition and the standard Model 3 (their best-selling model).

As a result, some Tesla Youtube channels (i.e. Bjorn Nyland, Sylvain Juteau (Roulez Electric) and Andy Slye were rewarded with multiple free Tesla cars from sharing their referral codes on their channels.

By spending "$0" on marketing and on word-of-mouth instead, Tesla had successfully outsourced the brand's marketing effort and expertise to internet influencers and fans.

3. Ludicrous Speed: Tesla Today and Beyond

In 2016, Tesla unveiled their newest car, the Model 3. Pre-orders were insane and according to an article by Electrek, the company had reportedly received 450,000 orders by the end of 2017.

At $35,000, the Model 3 is Tesla's most affordable vehicle to date. It has been the biggest driving factor for the company's surge in sales in the last two years.

In Q4 2018, Tesla sold 69,925 vehicles in the US, while Mercedes-Benz sold 66,542. For an electric vehicle company to outsell a company that's almost a hundred years old is nothing short of amazing.

At the end of February 2019, Model 3 went on sale - which you can buy for below the average monthly car loan payments in the US:

Cheaper than the average loan...and a Tesla.

Besides sales, Tesla has become the undisputed icon for electric cars and leads the wave of renewable energy technology. With a strong brand image and sales figures, it goes to show just how well their word-of-mouth marketing strategy has worked for them. Tesla's electric cars have reached around the world and been the subject of much conversation - even visually:

How many web cartoonists have drawn comics about your car company?

It's incredible to know how much Tesla has achieved in terms of customer acquisition and sales without having a marketing budget.

While we don't know what Tesla will do next in terms of their marketing strategy, we are definitely excited about the company's future.

If you would like to know how to leverage word-of-mouth to improve your business, check us out here.