What Powerball Mania Says About People and Perks 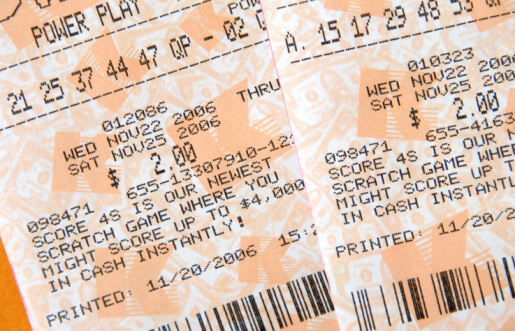 If you live in the U.S., it was nearly impossible to miss the flurry of excitement surrounding the recent Powerball. At $550 million, the multi-state lottery was the largest jackpot in history and everyone wanted the chance to win.

According to ABC News, over 189 million tickets were sold for the final drawing and reports of people waiting in line for hours at a chance to purchase the winning numbers erupted in local reports.

Though most know that they had a higher chance of being attacked by a wild boar than winning, the idea of getting something for virtually nothing never ceases to appeal to human nature.

In eCommerce, business people would kill for the kind of power a hefty jackpot leverages. There wasn’t a Twitter stream, news publication or water cooler conversation that ignored the millions up for grabs. And regardless of economic status, throngs of consumers turned out their pockets to be a part of it.

But amazingly, you don’t have to offer people a half-billion dollars to get them talking about and purchasing your product. The power of perks is completely scalable and your eCommerce business can leverage the lottery’s success by creating undeniably beneficial offerings.

Free is Free, Even When It’s Not

Getting people to pay for perks seems like an oxymoron, but it’s actually the norm. Anxious consumers spent $2, $20, $100 and more on a 1 in 175 million chance to win the Powerball. Regardless of the odds, Americans indulged because the idea of “free money” is worth the risk, even when the potential to lose is so great.

In ecommerce, you can make a free-offering, that isn’t even 100% free and gain major traction. Like with the lottery, it’s all about striking a balance and determining what perks justify which actions.

For some, spending $20 at a chance to win $550 million is completely reasonable. And many of those same people would see referring a friend for a cash bonus or “buy-one-get-one” as a perfectly balanced way to gain a reward.

You already have a leg-up on the lottery when offering your customers perks because you’ve guaranteed their return and removed the gamble. You don’t have to sell the farm to get the conversions you seek. It’s all a simple matter of determining what level of “free” inspires your customers to act.

For example, discount online retailer Ideeli tells their loyal subscribers that there is a $25 cash incentive for referring a friend that makes a purchase. This offer is anything but free because it requires the customer to talk about the site, send a personalized invite or social media share and then possibly entice the friend to buy in order to gain the reward.

Favorable as the offering may seem, it requires a bit of work on the customer’s part, making it a little less than free money. For Ideeli, $25 is the price a new customer is worth. Were the reward only $5 maybe no one would bother referring or were it $50 maybe the value of a new customer would be washed out by the referral payout.

Set your own price marker on a perk and an action so that it justifies the partnership from an ROI perspective. Then, you can start leveraging the lottery’s ability to get people to pay for something that’s “free”.

One of the most astounding results of the recent Powerball jackpot was its omnipresence within social media. The Atlantic Wire reported that 600 tweets an hour contained the hashtag #powerball the day before the drawing and more than 5,000 players took to Instagram to share a photo of their tickets with the same hashtag.

Even more outrageous was the lottery hoax that got 500,000 Facebook users sharing a Photoshopped picture of a fake winning ticket.

This kind of online reach is an ecommerce businessperson’s dream come true. For many Internet-based sellers, the chance to tap into the ever-elusive social media world is a constant battle. But what business owners have to realize is that consumers see chances to hype their social status as a perk.

The best way to get your brand to boom on social media is to understand what the benefits of sharing your message are for customers.

Everyone likes the opportunity to boast a bit and what better way to do so than through Twitter?

Give your audience a reason to flaunt your business and products. As level-headed as you may like to think your customers are, everyone wants the chance to tell people they have something better than the rest.

People like to feel as if they are a part of something. Engaging the world in discussion over shared wants, needs and fears can create major social buzz.

Discover the common ground that binds your customers and get them talking. A mutual emotion or circumstance can inspire conversation.

Sometimes you just have to let fun happen on social media.

Let go of the business-only side of your strategy and let people enjoy something silly that has to do with your product or service.

Despite what many marketers have said, there is a way to get some ROI out of platforms like Twitter, Facebook and Pinterest. According to Mik Pam, CEO of Pinagency, the social media sphere is an ideal place for perks.

“We've  experimented on several rewards systems and found that social sharing  rewards are the best return for our investment,” says Pam.

Just because people don’t go straight from “liking” your posts to instant purchase doesn’t mean there isn’t value. Let the build-up seen around the Powerball inspire you to simply get people talking, then find a way to slip in rewards to bolster sales.

With the exception of two very lucky winners, millions faced the disappointment of coming up empty-handed. The massive level of letdown when Powerball players realize they don’t hold the winning numbers is just as palpable as the excitement leading up.

News publications and satirical websites do their best to ease the pain of I-didn’t-win-a-titis:

How to Cope With Powerball Loss

But little can soothe the crushed high-hopes of mansions and sports cars. And according to Linda Pophal of Strategic Communications, business owners have to be careful to avoid the same upset in their rewards programs.

“Offering perks is commonly used by  businesses, large and small, to attract customers. Unfortunately, this  isn't always the best approach. There are a couple of big drawbacks of  offering perks and discounts. One is that they come to be expected  and people are reluctant to purchase anything or interact with the company  without a perk involved,” says Pophal.

Pophal goes on to say that this doesn’t mean perks aren’t beneficial and effective, but the onus is on the business to determine the best recipe for their company and customers.

Not every customer will be prepared to fully commit to the requirements that will gain them a perk, but instead of setting them up for disappointment by dangling an empty coupon code box or unattainable discount in front of them, businesses can offer something of a consolation.

The Powerball does this by giving players with a few matching numbers smaller prizes to reward them. Even a single right number can potentially double the money a participant spent on a ticket.

In the ecommerce world, Amazon shows how this balance of benefits can be accomplished. The company’s Amazon Prime program gives members the chance to earn free two-day shipping on their purchases.

This offering is the ultimate perk that can be earned on Amazon, but it requires that customers pay an annual fee of $79 to participate. For some, that barrier of entry is beyond what they are willing to commit to in order to gain the advantage of fast, free shipping. But that doesn’t mean non-members are entirely excluded from the advantages of shopping on Amazon.

An alternative option exists for those unwilling or unprepared to pay the yearly cost that serves as a benefit to both the company and the consumer.

Instead of either forcing a customer to get involved or denying them any access to perks, Amazon strikes a balance by offering free shipping on select purchases over $25. In this win-win scenario, Amazon encourages more avid buying and the shopper isn’t left empty-handed.

Perks don’t have to be “all or nothing” and they don’t require that business owners sacrifice more than they can afford to for little return. It’s all about balance, not everyone can hit the jackpot, but that doesn’t mean that playing the lottery can’t still have its benefits.