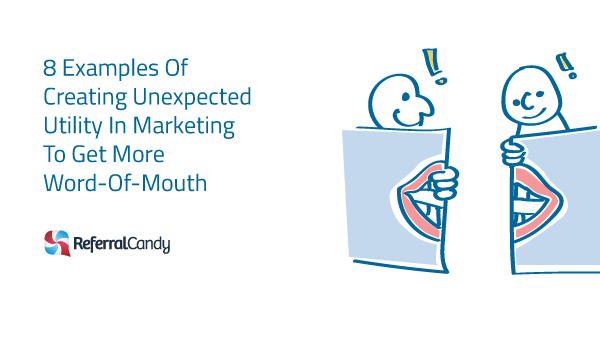 To earn word-of-mouth, you need to make a Wow product.

Literally a product that makes people go "Wow." Something truly remarkable. Something really worth talking about.

When we deconstruct everything that's Wow'd people, we notice two things:

Unexpected Utility is when you create something that...

As we examine the examples of products that have created Unexpected Utility for their users, we find that they invariably either...

Let's go through some examples.

"What we want to do is make a leapfrog product that is way smarter than any mobile device has ever been, and super-easy to use. This is what (the) iPhone is. " - Steve Jobs in 2007, launching the iPhone

1: The Apple iPhone redefined what a smartphone was supposed to be, do or look like.

Like the iPod before it, the iPhone broke into a new class of products, allowing people to do more with their mobile device than they were ever able to before.

This made it immensely newsworthy, despite its initial flaws.

Prior to Dropbox, online storage was clunky, unwieldy and unreliable. Dropbox allowed people to simply, easily access their files from everywhere– it was a game-changer worth talking about.

3: Tesla's Model S was the first electric car that was considered beautiful, practical and effective.

Tesla's Model S wasn't the first electric car in a world driven by gasoline, but it was the first to become a status symbol– sexy, reliable, and safe. It's been acknowledged by multiple motoring authorities to be an all-around superior vehicle.

Drones with cameras have been around for some time, but Lily is noteworthy for being incredibly user-friendly.

You wear a tracker, throw the drone in the air, and it'll follow and film you as you perform all sorts of cool snowboarding tricks.

"The public tends to be, as they should, interested in things that are precedent and superlatives." – Elon Musk

5: The Coolest Cooler has more features than you'll ever need.

Why would anybody want to talk about a cooler? It's a box that you put your drinks in.

Well, the Coolest Cooler does much more than that– it's got Bluetooth speakers, a blender, a USB charger, an LED lid light... and that's not even half of it. They raised $13 million dollars on Kickstarter–260 times their $50,000 target!

Learn more: Deciphering The Coolest Cooler: How A Tricked Out Cooler Box Climbed To The Top Of Kickstarter

6: Under Armour got its foothold by making the best moisture-wicking sweatshirts in the world.

UA's founder Kevin Plank was dissatisfied with the quality of moisture-wicking sweatshirts on the market. So he made his own, using $17,000 of his own money. Today, UA has overtaken Adidas to be the 2nd highest-grossing sports brand in the world.

Learn more about Under Armour: 4 Ways How Under Armour Grew via Word-of-Mouth to Eventually Overtake Adidas

7: Chubbies positioned itself as the most passionate shorts merchant online.

Chubbies' manifesto states this: “We don’t do pants, cargos, capris… we do shorts and only shorts.”

8: Google was late to the search engine game... but it was the best.

Google wasn't the first search engine in the world. There were many.

But Google was the easiest to use, and consistently gave the best results, so people would tell their friends to use it.

Today, they're part of a multi-billion dollar search advertising industry that can afford to do all kinds of thrilling experiments.