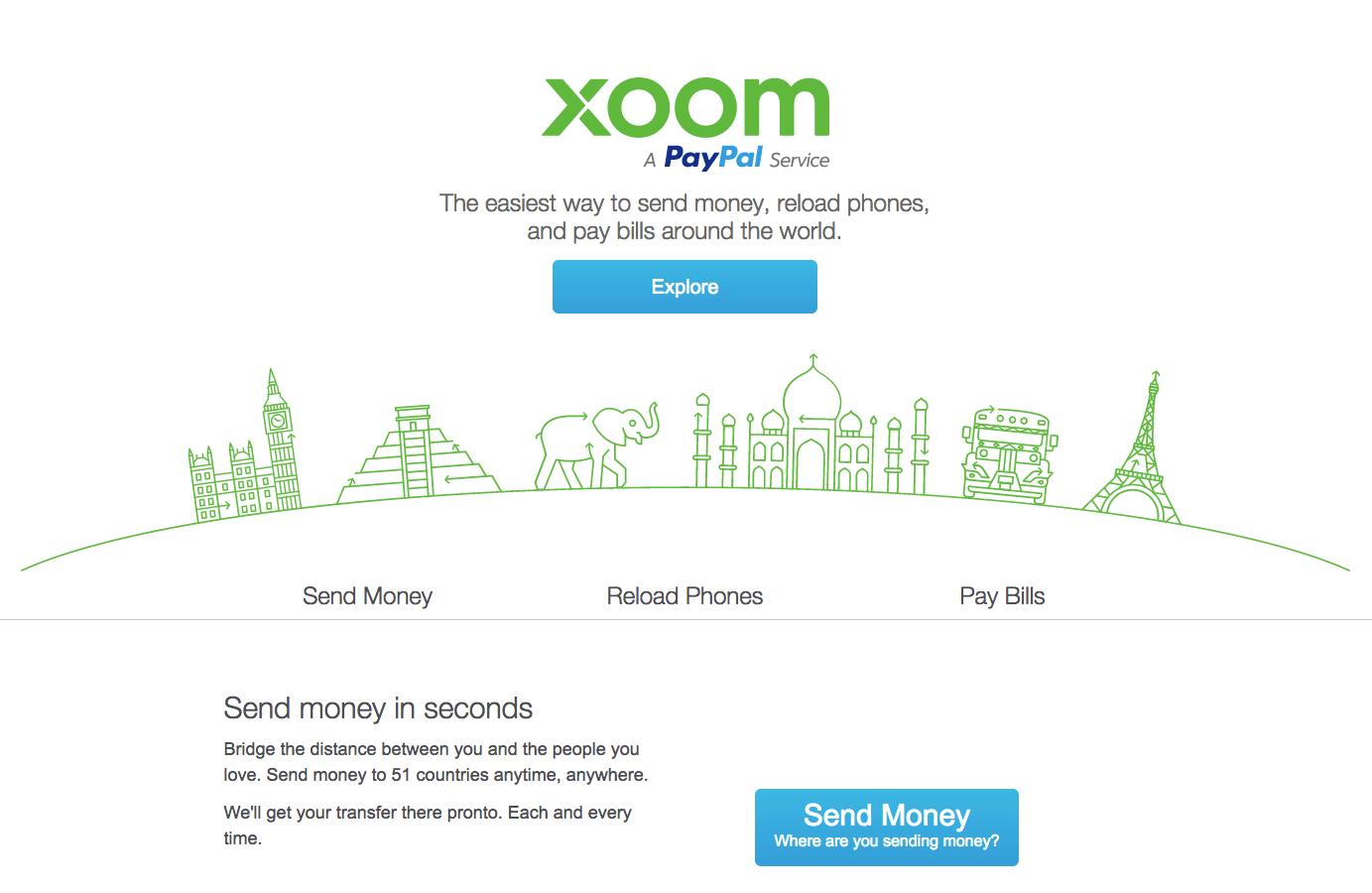 So it's no surprise that Xoom, a PayPal service, would have a referral program of its own too.

Let's check it out.

When you click on it, you get taken to the referral page:

The reward is $20, which is a pretty sizable amount – definitely enough to be worth interrupting a friend for if you're confident that they'd also want to use the service.

It's also very cleverly tied to the first transaction, to prevent people from setting up never-to-be-used accounts just to collect the gift card.

There are three options for sharing – email, Facebook and Twitter. In all cases, Xoom pre-fills the message with a default so you don't even need to type one out.

Here's what the referral email looks like when you receive it:

The subject title is "Get a $20 eGift Card because you’re my friend". It would probably be a little warmer if it included the sender's name, the way Amazon Prime's referral program does it.

It's also pretty clever (and sneaky) how it says "I just sent money with Xoom, and it was so fast and easy". Great use of social proof there, though a little misleading because I haven't actually sent any money yet. But I suppose that's a bit of a white lie in this context– if I'm willing to make a referral, I'm probably planning on using the product.