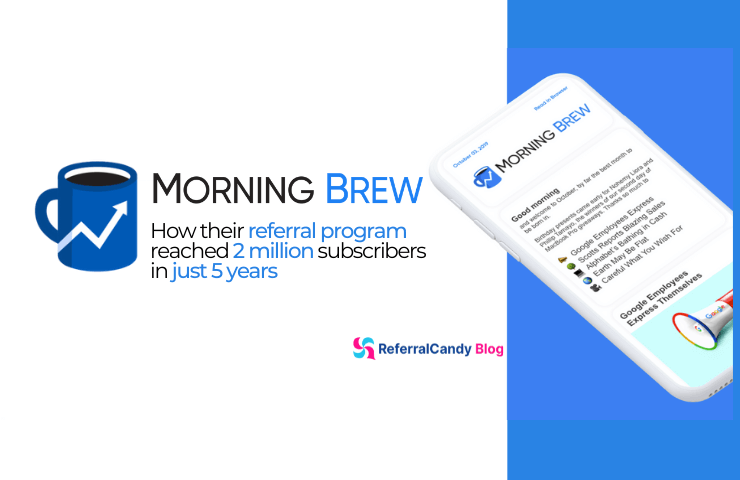 The aim of growing an email list is simple: the more subscribers you have, the better the chances of turning them into paying customers.

The best way to figure out how to get more subscribers (and customers) is to take a look at companies who have managed to reach that goal.

Case in point: Morning Brew. The company's mission is to drop a newsletter full of engaging, entertaining business news to young professionals every morning.

Their referral program was a key component of their growth. How? Let’s take a look.

Morning Brew’s referral program was responsible for much of the growth from 0 to over 1.5 million subscribers early. Referrals continued to be the company's #1 source for growth, even during a worldwide pandemic:

Morning Brew's referral machine was built from scratch - not bad value for acquiring over 30% of Morning Brew’s total subscribers.

Not every company has the resources to build and manage their own referral program system. Many enterprise brands choose to use referral program software (like, say, ReferralCandy) to handle the complexity, while others like Tesla or Amazon build their own.

Here are the elements of Morning Brew’s referral tech:

The business used a custom-built Ruby on Rails program (plus a few integrations) to drive early referrals into their email list. Here’s how it works:

He also noted that he needed to build in safeguards to protect the referral program, including:

Ultimately, the technology helped to ensure new subscribers & referrers were accurately tracked and credited. And that was especially important when issuing rewards.

2. Share Buttons to Make It Easier to Refer Your Friends

Not everyone wants to spam their friends with a referral email.

Instead, Morning Brew encourages each subscriber to boost their referral numbers by sharing their unique link across social media pages. There's even a link so subscribers can quickly share their referral link via SMS on the bottom of the newsletter:

Giving these options to subscribers to boost their referral numbers means they can reach people who might be interested in Morning Brew's content, even if they were never in their email database.

In fact, Morning Brew's stats found the conversion rates for referrals through social and SMS channels dwarfed the numbers of subscribers who were signing up to their newsletter through email referrals.

One surprising demographic that outperformed them all? Referral codes that subscribers sent to their circle through SMS or WhatsApp. These referrals attracted 10x more signups than LinkedIn, 5x over Twitter, and 2x more than Facebook. Whether or not this is because a referral sent through SMS/WhatsApp is more personal is something that the Morning Brew team is still looking into.  Our intuition is that referrals are more potent when it’s an example of community-based marketing.

Nonetheless, all of the numbers point to a simple conclusion: the more options you give your subscribers to share their unique referral code, the easier it is for them to get the message out there—no matter what their preferred network.

Referral rewards are encouraged from the first email sent to Morning Brew subscribers.

Every newsletter landing in a subscriber's inbox includes a unique referral link to help encourage referrals. Say you refer three friends, who all become subscribers - you unlock the reward of a Premium Sunday Newsletter. The more subscribers you bring, the more rewards you get - and the better rewards you get. What better way to visualize the rewards than with a progress bar?

The more referrals you bring in, the better the rewards

Because each link is unique to the person sharing it, Morning Brew can easily track who referred the new subscriber (and send them the rewards!):

Morning Brew's counter is embedded in every subscriber's email for a single reason: motivation. As the counter tracks how far away a subscriber is from unlocking a reward, they're constantly shown messages like “You’re only 3 referrals away from receiving Light Roast!”

And underneath the dazzling display of rewards you can earn are perfectly placed call-to-actions to share via link, email or social. Here's another look at what subscribers see when they log in. See how the share buttons and calls-to-actions are placed strategically under the mouthwatering rewards?

A big part of the success of Morning Brew’s referral program is the planning and thought that went into it. This included aspects like selecting referral incentives, preventing referral fraud, and a focus on getting the referral messaging right.

Double Opt-Ins are a tool Morning Brew uses to make sure their new subscribers are real people—not spambots.

Most referral programs are for eCommerce, and can use transactions or purchases to verify referrals - but Morning Brew, being a free newsletter, only requires an email address. This makes it possible for malicious users to input fake emails, or sign others up to claim referral credit.

Early on in the company's referral program, they used a single-opt-in system whenever a new user subscribed to their email list. They figured it made the process easier for new referrals to sign up and cut out a step that might create friction. However, double-opt-in can help avoid the spam folder and make sure you're reaching inboxes of people who actually want to read what you're sending them. So, Morning Brew made the switch.

Once the change was made, their signup conversions dropped by 15%, but it also meant that every subscriber on their list was higher quality.

Adding double-opt-in was crucial for another reason: Morning Brew's rewards system. The team was aware that when you give away incentives, it always invites nefarious actors. So, they upped their email defenses by adding third party email validation as well as sending out an automatic email every time a subscriber hit a milestone.

If an address was a clear fake or was trying to take advantage of their rewards system, Morning Brew kept a record and blacklisted emails, people, and even specific IP addresses to keep their list clean.

A big part of Morning Brew's aim early on in their referral campaign was customizing their email content.

After testing out a bunch of different email service providers, the company started using Sailthru to run their campaigns. The reason for this was Sailthru's ability to add logic to Morning Brew's emails and customize messages depending on the referral.

For example, before moving to Sailthru, Morning Brew would send out the same, generic template to each new referral who joined as a subscriber. Now, the company customizes certain text blocks in its emails so that every message is uniquely suited to the referral status of the subscriber.

This level of customization has enabled Morning Brew to tweak emails, so certain types of advertisements are only sent to certain genders or age demographics on their email list.

You may also like our article on effective referral messaging: How to Get Your Referral Messaging Right (with 11 great examples!)

Referral rewards are a key component to Morning Brew's email marketing strategy. A big part of its success comes down to the psychology behind their offers. For example, the first reward a subscriber is offered is Morning Brew's premium newsletter, which is only delivered on a Sunday, and only after they've referred three friends.

Here's the genius behind this offer: It costs the company nothing to produce (outside of staff costs), yet the subscriber still feels like they've unlocked access to something special that money literally cannot buy.

After that, the rewards increase into physical products and exclusive communities:

While shipping out swag to people who refer new subscribers might seem like a high cost, Morning Brew insists the time and cost it takes to make it happen is worth it. Currently, the Morning Brew tea, get their referral swag sent to the company's headquarters in New York and then, once a subscriber hits a referral milestone, their reward is shipped straight to them from the office.

The branded swag is also a genius branding exercise. Morning Brew coffee mugs, tees or sweaters become conversation starters for subscribers, who can then tell their friends or colleagues about Morning Brew and then refer new subscribers (for more rewards).

Ask any company what their biggest cost of early growth was and you're likely to be met with the same answer: advertising and marketing.

The beauty of referral marketing is that you have your trusted customers and subscribers in the trenches doing that hard work for you—for free. Plus, people trust referrals over advertising to make buying decisions. One study found people who are referred by a friend are 4x more likely to make a purchase, and their Lifetime Value is 16% higher.

Morning Brew has capitalized on this and used referral marketing to slash their paid acquisition costs. At the time of writing, at least 225,000 of the newsletter's subscribers have referred at least one person.

Now, the company's average customer acquisition cost ranges between $2-$5 for each customer, but their referral acquisitions are a lot less than this. Factoring in the costs of mailing out rewards to subscribers who refer (on average) five signups, the company estimates that acquisition costs for referred subscribers come in at just 25 cents - a comparative bargain.

Girlfriend Collective had a similar story. Instead of spending $80 on paid acquisition costs (the industry average), they instead shipped their leggings -- free -- to customers, to launch their brand.

And the more referrals Morning Brew secures, the less they have to spend on their other paid acquisition channels. Not only does this leave them with more money in the bank to spend on other parts of the business, but the stats show these referrals will be worth more to the company in the long run over those who were converted through paid channels.

Referral marketing can work for businesses of any size

As Morning Brew found with their custom-build funnel, referral marketing uses a mix of low acquisition costs and customer trust to create long-term positive effects on their business's bottom line. By getting your current customers or subscribers to recommend your product to their inner circle, it increases not only the chances of them joining your list but also their overall lifetime value.

And when you add in the fact that the people who are referring new customers also get rewarded, it becomes a win-win situation for everyone. 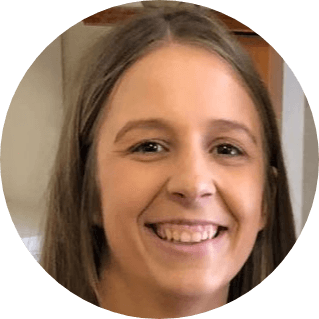