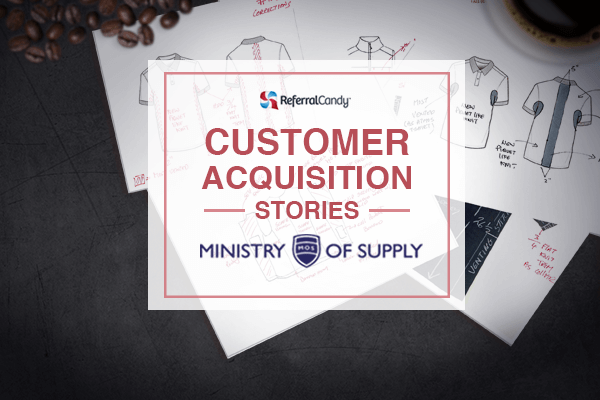 Ministry of Supply is a menswear apparel brand that is revolutionizing fashion by infusing clothes with space tech.

They had two hugely successful Kickstarter campaigns in 2012 and 2013, exceeding their funding goals by 13 and 6 times respectively. They subsequently raised $1.1 million dollars in seed financing.

Let's dig into their story.

MoS avoided pitching their story to the major tech sites. [source] Instead, they approached smaller news publications and blogs with related themes to feature their campaign. The story was a compelling one, so the sites jumped at the opportunity.

They pitched over 150+ blogs instead. They wrote customized emails to all sorts of blogs that were relevant to their product- fashion blogs, aeronautical blogs, etc- to see if they were interested in featuring the Apollo shirt.

They met their funding target of $30,000 within 5 days. TechCrunch and Forbes came knocking soon after, of course, and the campaign ended with over $400,000 in funding!

A year later, MoS decided to launch another product on Kickstarter: ATLAS socks.

A lot of innovation went into making these socks (pressure mapping, heat mapping, etc.). They were initially marketed as "pressure-mapping socks".

Almost none of MoS's customers remembered anything about the complicated technology.

What they did remember was that coffee beans were infused into the socks to remove odors. That's what 'stuck', and that's what they told their friends.

Upon noticing that this was how their customers shared their product with their friends, MoS dropped "pressure-mapping" like a hot potato and used the tried-and-tested "coffee socks" instead. They ended up raising over $200,000 to produce their 'coffee socks', far in excess of their $30,000 target.

#1: First of all, build an awesome product that directly solves people's problems.

When you have customers saying "I've been waiting all my life for this," you know you've built an awesome product that they're going to share with their friends. (I'm one of them!) Everything else is secondary.

#2 Social proof and word-of-mouth are more influential than direct selling.

As founder Aman Advani said in a Spokepoint interview,

The best story is not told by you, but by someone else.

Major gatekeepers are unlikely to take a chance on you and your unknown brand unless you demonstrate some traction first.

So start small. Build up your reputation on smaller platforms first; the major sites will eventually get interested once the buzz reaches their ears through their networks.

#3: Pay attention to what works and what doesn't, and adapt immediately.

The 'coffee socks' idea is something right out of  Chip and Dan Heath's 'Made to Stick' – it's simple, unexpected and concrete, which gets shared and remembered more than a detailed but complex idea (pressured-mapping socks).

Listen to the way your customers are organically telling their friends about you; that's how your customers perceive your brand, and let that inform your marketing angle.

Hey! Here are 10 startups with great visions that we are sure you will really enjoy also.