How Heineken Rose To Be the World's Most Popular Beer 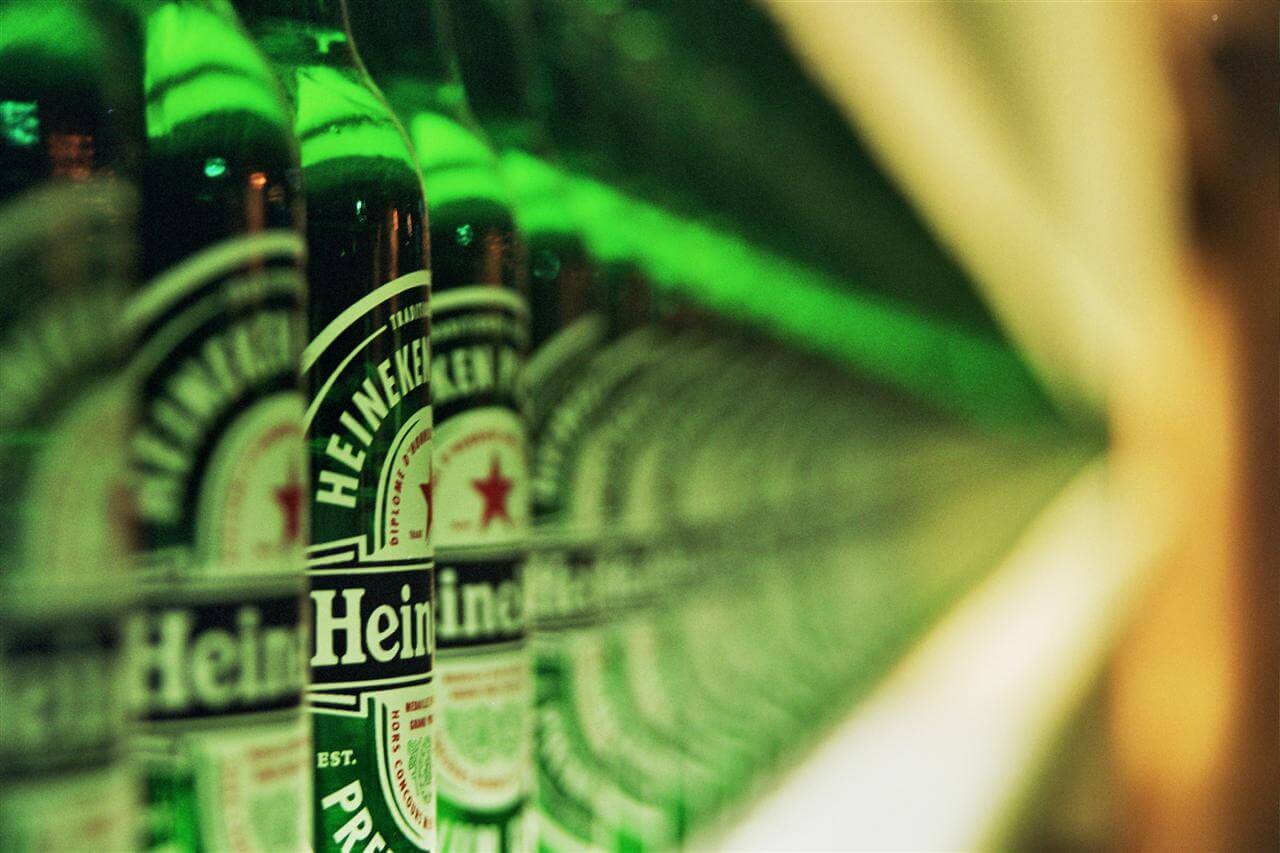 How did it became one of the most well-known beer brands in the world? In part, through creative marketing campaigns that resonate with its consumers.

Customers were told to "Enjoy Heineken Responsibly" in its Know the Signs Campaign.

The campaign aimed to provide comprehensive information about the upsides and downsides of drinking too much. In fact, its website encourages users to keep an eye on a crowded bar via a CCTV camera. They will then be on the lookout for signs of people who are transforming into any of these embarrassing archetypes of drinkers: the sleeper, the groper, the exhibitionist, the fighter, and the cryer.

Once users spot a sign that falls into any of these categories, they're introduced to the archetype and provided with alternative realities of how the night would turn out.

After they've identified the signs, visitors can share the experience with their friends. They can download a social networking widget and assign friends to archetypes, send a virtual glass of water, and modify a friend's face to fit one of the archetypal characters.

Through the campaign, Heineken promoted "responsible" alcohol consumption to a whole new level. Not only did it entertain viewers, but it also created awareness on the pitfalls of drinking too much.

The video begins with a social experiment that featured pairs of real people, with opposing beliefs. These strangers were then asked to finish an activity together, then found out that they had opposing political views. Upon this revelation, they were given the option to discuss their controversial views over a bottle of beer or to leave.

Every pair chose to sit down and discuss their differences, over a bottle of Heineken's beer.

Not surprisingly, the brand's way of bringing different people closer has helped it skyrocket to success. The video garnered 14.5 million views on Youtube and a lot of good press.

What if you were given the chance to watch the UEFA Champions Leagues Final at a Heineken Party, and send your girlfriend to a spa… while enjoying the finals without them?

This is exactly what happened to three guys in Sao Paulo. When they were out on a dinner date with their girlfriends, they received the message:

Would you like to be free to watch the UEFA Champions League Final at a Heineken party? Gift your lady a weekend at this spa.

"I took this opportunity and bought you a gift." The guy says as he reveals a 4-day spa ticket to his girlfriend.

"A spa? But, by myself?" the girlfriend asks incredulously.

"Look how stressed you are. You need some time for you!"  He replies, trying to convince his skeptical girlfriend to have a few days of relaxation.

At the day of the finals, the guys smugly attend Heineken's party. Before the game begins, they see a video of their women gushing about their trip to the spa.

That is, until it is revealed that the girls are actually in Milan, watching the finals live. The boyfriend's faces are priceless, as they watch their women celebrating their arrival to the finals.

But it's not over yet.

The girls tell their boyfriends to peep under their seats, and they find out that they've gotten tickets to the 2017 UEFA Champions League Final. This time around, they'll all watch it together.

The ad ends with the moral of the story: "Have you ever considered that she might like football as much as you do?"

By creating a situation with a surprising twist, Heineken is able to shatter stereotypes and teach men a valuable lesson.

Heineken's consumer insights revealed that 76% of people watched Champions League on their sofa alone at home. They simultaneously used their smartphones and tablets, while watching the game.

So… what did the brand do?

Heinken created the Share the Sofa campaign to give people the opportunity to interact with star players such as Ruud Gullit, Nistelrooy, Owen Hargreaves, Hernan Crespo and Fernando Morientes; while the game was ongoing.

During the game, fans asked questions via Twitter and chatted with star players like ordinary friends. They asked soccer-related questions like "Do you think Real Madrid can score another goal?" or personal questions like "What’s your favorite sandwich and why?"

As the players answered these questions, the characters on set made these insights come to life. The brand created reaction videos about which team had the upper hand, pro insights and funny reactions; which were all published in real-time.

The campaign was talked about in 94 countries and has generated more than 1 billion media impressions! In fact, it reached 13.4 million Twitter handles every game.

By creating a campaign based on an interesting consumer insight, Heineken was able to dominate the Champions League and sell beer.