Enertor: How to Run a Brand - ReferralCandy Interview 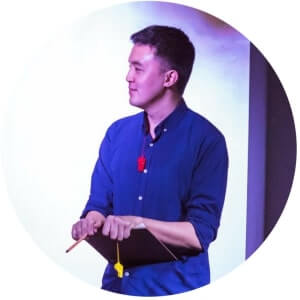 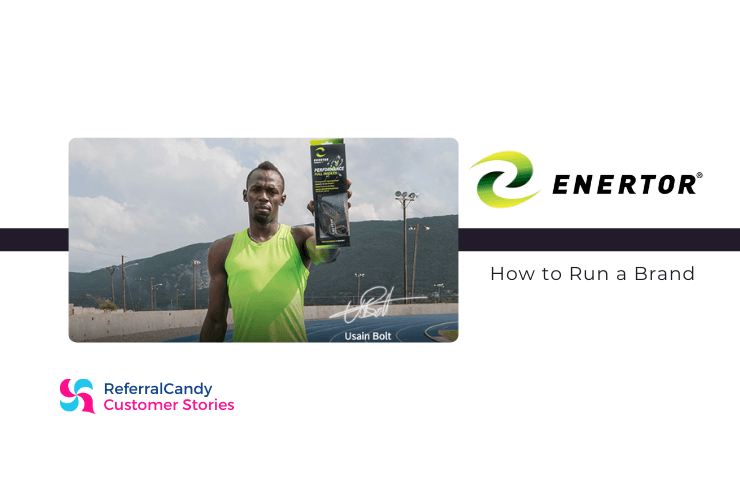 Nick Beresford founded Enertor in 2016. He’s modest about his successes so far - “We’re not there yet” is a phrase he repeated several times during our interview.

More than anyone, he knew what a rough journey it’s been, and the rocky road still left to run. I spoke to him about starting the brand, his decision to go direct-to-consumer with eCommerce in 2016, and what made him give up his P&G career of twenty years. He shared his lessons and missteps, and how the story could’ve taken an unexpected turn...

“I was in the Departure Hall of Geneva Airport, trying to get signal to send the contract to Usain Bolt…

Where It All Started: “This is great technology that should be shared with the world!”

His parents-in-law ran RSscan Lab, a high-performance sports clinic in the United Kingdom. They consulted for plenty of high-profile athletes from the Premier League, Tour de France, and even Olympic Champions, and specialized in creating bespoke insoles.

A runner himself, Nick got interested in their work. He saw an opportunity to create a mass-market version of their bespoke insoles and build a consumer brand. Usain Bolt expressed interest in coming aboard the business.

But to start Enertor, he would need to give up his career in P&G. Nick had worked his way up from a sales manager to a global strategy executive, living in Switzerland. He was confident in making Enertor a success because of his P&G experience. But he had to make a choice.

Nick had always wanted to start his own business. He wanted to know if he could make outside the walls of a big corporate. When he was younger, he told himself he lacked experience; when he was a little older, he had young children.

“The problem with setting up your own business is, there’s never a good time to do it."

Nick decided there was no better time. He handed in his notice. He gave up his salary and stock options and relocated his entire family from Switzerland to England. It was a huge financial risk. Bolt still hadn’t signed the contract, and it could’ve all gone wrong.

Nick and his family were boarding the flight back to the UK when Bolt’s agents called. Nick sent his family on the plane and tried desperately to get WiFi as the plane was about to depart.

It was a tense two-hour flight, but when he landed, Bolt’s signed contract was waiting in his inbox, and Enertor was ready to go.

The biggest challenge was figuring out the messaging for Enertor. That meant product education and identifying the right value proposition.

And while celebrity endorsements have been a stamp of approval for Enertor, it’s not just enough to put Usain Bolt on the box. “We still needed to do a lot of consumer education for Enertor, about what insoles can do for you.

70% of people could benefit from having an insole, Nick explained, but only 5% actually wore one. Most consumers don’t even consider getting insoles as a solution; instead they would seek physiotherapy or buy new shoes.

“People buy shoes for performance for fashion,” Nick opines. “But often, the insoles are the cheapest parts of the shoes.”

When Enertor launched in 2016, Nick ran a big TV ad campaign, put Usain Bolt front and center, and tried to make a big splash. It didn’t quite work out. Even Facebook and Google Ads didn’t seem to work.

On reflection, Nick realized that the messaging wasn’t clear. They found some initial traction, they would’ve had to keep spending millions of dollars on consumer education and branding to keep the momentum going. “We were trying to run a P&G-sized ad campaign on a small company’s budget.”

It was time to try something out.

Nick put in the hours. He spoke to hundreds of runners, interviewed customers, went to running conventions, and finally figured it out.

“We made a lot of false assumptions. We focused on the performance aspect - I assumed everyone wanted something to help them run faster, and positioned the product behind that - that was a mistake.”

“What really worked was injury prevention.” Runners wanted to keep running, and avoiding injury was top-of-mind for them. And once Nick figured that out, everything else fell in place.

Everything started to work once Enertor refined its message. Digital marketing suddenly became a powerful channel. People were actively searching for easy to prevent injury, and Facebook/Google ads began to pay off for Enertor. It turned out that Facebook marketing did work -- Nick just had the wrong message.

Nick also started to focus on eCommerce as a sales channel for Enertor and building up its digital marketing. Going direct-to-consumer helped Enertor control the messaging and target customers. Enertor had previously partnered with big brand distributors and shoe retailers, but that didn’t quite work out.

“We were a bit optimistic that the retailers would help sell our products. Walmart has 250,000 product listings; there’s no reason they would focus on our products specifically…"

Instead, Nick reached out to runners by partnering with Strava and Vitality - digital platforms that already had a huge audience. Nick also set up the Running World Cup, an online marathon that saw runners from over 180 countries participate in 2019. That allowed Enertor to reach potential customers in a more targeted way.

“It’s a great mechanic to get word-of-mouth going, and we’ve seen some pretty good numbers.”

Enertor continues to grow from strength to strength  - but Nick stays humble and modest, knowing there’s still a long way to go. For now, Enertor has pulled back from its retail partnerships and is focused on building the brand in the UK and online.

“Any marketing course will teach you about messaging and talking to your customer,” reflects Nick. “But you have to really do it to a detailed degree. Once we got rid of our assumptions and found the right message, it was just a matter of repeating it over and over.”

And what does Enertor and its success mean to Nick?

“Enertor is proof that I can cut it by myself, starting my own business. And it’s great to have a product that can keep people running, and reduce pain and injury.”

Building a business is a marathon, not a sprint, and Nick is going to keep running.