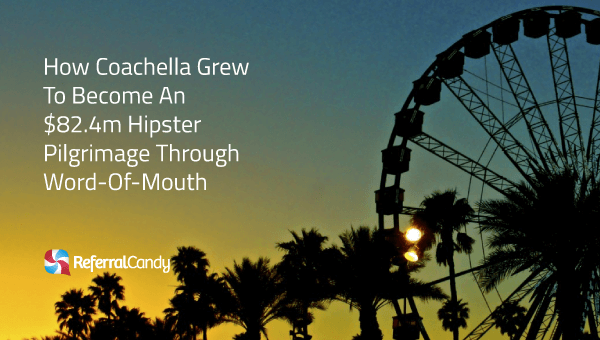 The Coachella Valley Music and Arts Festival (commonly referred to as Coachella or the Coachella Festival) is an annual music and arts festival held in the Colorado desert.

Coachella is one of the largest, most famous, and most profitable music festivals in the United States today.

But it wasn't always this massive. Its inaugural festival in 1999 was financially disastrous. Less than half the target attendance showed up.

Today, it is the largest gathering of hipsters on the planet.

So how did Coachella use word-of-mouth to rise up and become the most acclaimed pop music festival in the US?

1: Embracing diversity: Wide variety of genres and artists from Madonna to Paul McCartney, Hip Hop to Rock - There’s something for everyone!

The event features a wide variety of music genres, from rock to indie to hip hop to electronic dance music.

With headliners the likes of Dr Dre, Paul McCartney and Madonna amongst lesser known independent acts, the festival line-up comprises of something for everyone.

With its clever music programming, Coachella sends the message that they are an inclusive festival, and that everyone is welcomed no matter their musical preference, thus creating a comfortable community environment at their event.

The result is a wider target audience to generate buzz through word-of-mouth. In being able to recognize most of the names on the line-up, the target audience would feel cool and are more likely to attend the festival.

"Omg!!! The Strokes, Muse, Radiohead, Arcade Fire, Jay-Z are all playing at Coachella this year. They’re ALL my favorites. Friends, we HAVE to go!"

"Wow they are so many acts I want to see at Coachella, it’s definitely worth the trip!"

In 2011, Coachella introduced a livestream on YouTube for those unable to attend the festival.

At first glance, this move might seem counter-intuitive. Wouldn't some people choose to skip fighting the crowds in the desert to watch their favourite acts in the comfort of their own homes?

Turns out that the gains in brand awareness were worth the negligible losses, if any. It helped establish Coachella as a leading name in the worldwide festival circuit.

The livestream was viewed almost 4 million times the first year and broadcasted the sheer awesomeness that is Coachella, so now everybody wants to go.

Coachella livestream parties were also popular amongst music fans as far away as Australia. Popular radio station Triple J from Down Under even took the trouble to convert California set times to AEST for local fans to tune in.

"Ok friends, I know flying to Coachella is expensive but taking the subway to my house is quite affordable, then we can watch the livestream together. Bring popcorn."

3: Using technology to push boundaries: "Resurrected Tupac" trick that blew minds and got audiences and media in a frenzy

Everybody was talking about it afterwards: the resurrection of rapper Tupac Shakur at the 2012 Coachella festival wowed audiences, as he seemed to perform from beyond the grave. You didn’t have to be a Tupac fan to be blown away.

But the illusion isn't a hologram, as some have reported - it's actually a 2-dimensional video cleverly projected onto a screen that appeared invisible to the audience.

The result was indeed larger than life, and left audiences bewildered and very, very impressed.

"That hologram of Tupac at Coachella looked so real! How did they do it? "

"Coachella: the only music festival in history to feature a dead man on the line-up. Kudos!"

4: Star power – When celebrities and influencers are your fans, you'll win their fanbases over too

Coachella’s music programming isn’t the only thing star-studded at the festival.

The audience is also made up of many familiar faces, thrilling plebeian festival-goers when they catch a sight of their favourite celebs walking amongst them.

Celebrities spotted at Coachella include:

"I got a selfie with Paris Hilton! No idea what band was playing though… Coachella is awesome! "

"A friend of mine got to hang out with Ashton Kutcher at Coachella. That’s it, next year I’m getting VIP tickets."

Attendees can also look forward to having their fashionable selves featured on style blogs, gaining themselves some serious social currency.

Dressing up to the nines to attend Coachella also sees vain festival goers preening in front of the camera to share on social media with the relevant hashtags.

Why they talked about it:

"Coachella has come to epitomize cool, and it goes without saying that looking fabulous comes as a package."

Read next: How H&M Became The World’s 2nd Largest Fashion Retailer By Word-of-Mouth

In addition to hosting live music, Coachella is a showcase for visual arts, including installation art and sculpture.

Many of the pieces are interactive, providing a visual treat for attendees. The art grows in scale and outrageousness every year.

Paul Clemente, Coachella's art director since 2009, said, "I think the level of detail and finish and artistry and scale and complexity and technology, everything is constantly getting notched up.”

Why they talked about it:

Festival goers attend Coachella to see musical acts they’re familiar with, but hold no expectations for the art. More attendees would be drawn by word-of-mouth to witness for themselves the art created exclusively for the festival.

"Coachella this year was like an open air art gallery… very cool!"

"Wow, impressive art at Coachella. Can’t believe artists were only given 10 days to work on them."

Here’s a quick recap of how Coachella became one of the most successful music festivals through word-of-mouth:

Read next: How To Get Word-of-Mouth: 40+ Successful Examples To Learn From 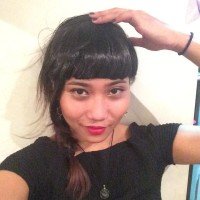