5 Ways to Improve Your Customer's Perceptions of Your Brand 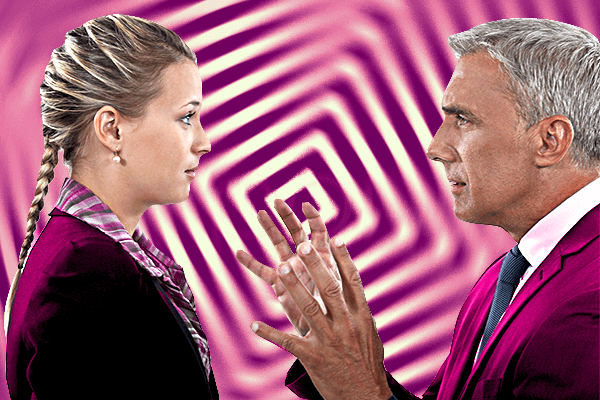 You have just started building your brand, and have a great product, but do your customers see it the same way as you do?

One of the hardest things to do for any new brand is to penetrate the market and to compete against the bigger players.

Fortunately, people evaluate brands comparatively. That means you don't have to be perfect at everything, just better than your competition.

Here are some psychological theories on how people perceive information and make decisions. Understand them, so that you can learn how to improve your customers' perceptions of your brand!

1. Mere-exposure Effect - The more you see it, the better it gets.

Credited to social psychologist Robert Zajonc, the mere-exposure effect describes how people tend to develop a preference for things simply because they are familiar with them.

That's why detergent companies choose to spam their advertisements across every single TV channel. On your next visit to the detergent aisle in the supermarket, that particular brand will somehow seem more familiar, and ultimately a more comfortable choice.

Even when people don't initially like that brand, constant exposure to it will slowly change that by creating a sense of familiarity. This is especially effective when people first encounter your brand, or do not have any existing brand preference.

How to apply the mere-exposure hack:

Expose as many people to your brand as possible, especially when your brand or product category is new.

Use ads to have your brand show up on people's screens, and utilize appropriate social media platforms to interact with potential customers. Get yourself into online conversations and discussions; make your presence felt.

It might not yield immediate results, but be patient. According to a famous guide by Thomas Smith called "Successful Advertising", people will buy your product after being exposed to it 20 times!

2. Decoy Effect - Making the product seem like a bargain.

Consider the following deal for a magazine subscription:

Most of us would choose the web subscription, seeing that the print version is so much more expensive. In an experiment by Dan Ariely, 68% of participants chose the web-only subscription.

Now consider the addition of a third option:

This time, 84% of Dan Ariely's participants now chose the print + web subscription, as compared to 16% who chose the web option. With the addition of the print-only subscription, the "print + web" combo suddenly became a much better deal!

The decoy effect is described as the the addition of an element (the "decoy") to convince people into perceiving a specific option as being better than before.

How to apply the decoy hack:

Let's say you have two options: a lite and a premium version of your product. To nudge people into regarding the premium version as the better choice, provide a third option: lesser features than the premium, but at a very similar price.

People will now view the premium product as being the best deal, since they can have the "additional" features for just a small price increment!

3. Anchoring Effect - Comparing yourself with something bad makes you better.

The anchoring effect is a similar concept to the decoy effect, based on the tendency to rely on an initial piece of information (the "anchor") when making choices.

We often perceive things relative to each other, in a subconscious form of comparison. For instance, when buying a new phone, we'll often compare it with other new phones that we know about, or with our current phones.

However, if you could influence people into comparing your product with another inferior product of your choosing, then the odds would turn in your favor!

How to apply the anchoring hack:

Let's say you're selling dress shoes online, but your brand is relatively unheard of. You know that your quality of shoes might not be as good as Meermin or Charle Tyrwhitt, but definitely better than Aldo or Cole Haan.

Shoehorn (I know) your potential customers into seeing your brand in a better light by comparing your products with the latter brands.

"We make better shoes than Aldo" would force them to use Aldo's shoes as an anchor, making yours seem better by comparison.

4. Bandwagon Effect - What is popular must be good.

The bandwagon effect describes, quite literally, people hopping onto bandwagons: the adoption of something simply because many others do the same. Fashion trends are one of the best examples of this effect.

This effect has been explained by people's willingness to conform, or to seek information from others. When we buy something we're unfamiliar with, we'll usually be very happy to just go with whatever that's popular.

If so many others chose it, it can't possibly be that bad, right...?

How to apply the bandwagon hack:

If you have 1000 customers, make sure people who come across your brand know that you have that amount of people using your brand.

Perhaps a self-updating banner that says, "1000 paying customers and counting" or "used by 1000 customers around the world". Showing customer ratings and reviews are also a good way of displaying organic social proof.

The main aim is to let people know that there is already a significant amount of people who like your brand.It makes sense for them to do the same!

We often identify ourselves as part of a social group, something psychologists term as the social identity. It helps us to define who we are, and explains how we interact with those whom we identify as being part of the same social group.

For example, we would group family members as one social group, colleagues as another. When it comes to the World Cup, an entire country's citizens form a massive social group to cheer for the same team. Some of us generate in-groups based on factors like ethnicity, age, nationality, educational level, the list goes on.

How to apply the in-group hack:

Since we all have an innate preference to relate to and support those in our in-group, it is important to position your brand in line with your target customers' social groups. Show them that you are just like them, and that you understand their concerns.

This works especially well in your copywriting.

If you are selling private gym memberships at very affordable prices, side with your target customers by highlighting how, unlike other gyms, you do not offer exorbitant membership fees. Mention that you understand that not everyone can afford it, and that's why your affordable gym memberships are the solution.

Customers who can identify with the same pain-points (expensive gym membership fees) you've brought up would identify you as part of their in-group, and you'd stand a better chance at gaining their support!

Increase brand perception with these tips, but don't forget what's most important.

When your brand is new and not popular (yet), these tips will help boost the impressions your potential customers have of your brand. The better they regard your brand, the more likely they'll be willing to try it out.

However, do bear in mind that these tips can only slant perceptions in your favor; they cannot single-handedly build a great brand.

Building awesome products/services is always the first main step to retaining customers, building brand loyalty, and spreading the word of your brand.

You can trick them once or twice, but they'll eventually know if your product is truly worth paying for.