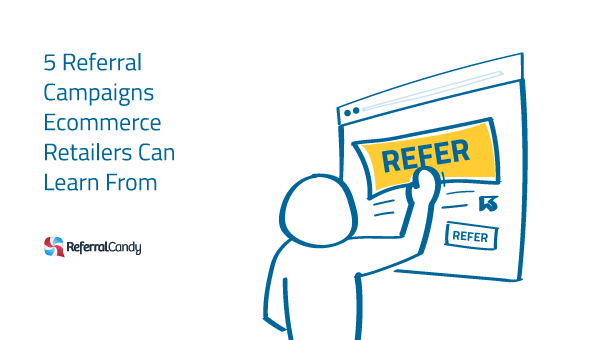 There is no form of marketing more effective than referral marketing.

A study from Nielsen revealed that 92% of people trusted referrals from people that they knew.

If executed correctly, your company can expect a gradual and prolonged increase in site traffic and sales from focusing on referrals.

To leverage off them, it's vitally important that you make it as easy as possible for people to pass your message on.

The following examples touch on:

Graze was started by 7 friends who quit their jobs to launch a subscription snack service.

7 years later, they've picked up The Sunday Time Fast Track 100 award and employed over 500 staff. They've expanded to the US and have a brick-and-mortar deal with UK shops Sainsbury's Boots and WH Smith.

None of this might have happened if not for Graze’s very successful referral program when it was in its infancy.

For its US launch, Graze implemented a similar strategy that served them well initially.

As a result, their annual sales are at $35m (£23m) in the US and they're already turning a profit. This helped Graze.com’s overall sales rise by 31% to £68m in the year to the end of February.

With Graze’s referral campaign there was a two-way benefit. You and your friend, who eventually signs up would both receive a reward.

The addition of donating your dollar to a good cause chosen by Graze also rewards you with a feeling of self-gratification. This also works in Graze’s favor and portrays them in a positive light.

A nice touch is that Graze personalizes the codes with the customers' names, e.g. JOHN01QFP.

Packability is the UK’s longest established packaging company. Like a lot of companies, they were faced with the test of transitioning from a typical brick-and-mortar company to one with a leading online presence, in what is a very competitive market.

With over 500 product pages and up to 30 product variants on each, reviews were initially difficult to gather.

Marketing Coordinator Rhian Gardiner says, “What we decided was to place an overall experience rating on the right-hand side of all our pages, to increase conversion rate.”

250+ customers have now left reviews, of which 90% rated Packability 4 out of 5 or above. Customer reviews are paramount as more than 90% of online shoppers say that they are influenced by other customers' opinions.

This allowed Packability to increase their reputation against packing companies who were more established online.

As Gardiner comments, “Over a two year period, this was instrumental in increasing our monthly sales by over 350%.”

Through Trustpilot, they were able to send an automated message 7 days after the customer's purchase. A great tactic to implement for sites with a large number of products.

What hasn’t already been said about the Dollar Shave Club? It’s been 3 years since their hilarious ad premiered on YouTube and it has amassed 20 million views at that time.

Consider this: all of those 12,000 customers had been referred after someone else had enjoyed the video. Companies creating humorous videos isn’t a new idea and adapting an idea that worked for someone else is a good way to go. Adweek regularly posts great viral campaigns and it’s worth checking.

Another great tool is Buzzsumo, where you can arrange campaigns and videos based on the ones that have been shared the most. Don't steal, adapt. You never know you could find your next Old Spice or One Pound Fish.

4. Pure Chimp – using a referral program with a points system

What PureChimp does very well is they embody their company brand into their referral campaign.

You can earn 500 chimp points by referring a friend, which equates to £5 off any order, an absolute no brainer. What this does is it really enforces their image and makes them memorable to the consumer.

Javascript allows the visitor to access their rewards points at any time from the bottom right-hand corner of the site, which is a great touch.

I mentioned earlier as well that you need to make it as easy as possible for people to promote your company. PureChimp is a perfect advocate of this.

All product pages have a “share this” section at the bottom, with an auto-filled message that will display to your friends/followers in just 2 clicks. As stated before, people buy from people, and the reviews just below a call to action are very eye-catching.

The refer-a-friend initiative in particular drives around 5% of their sales each month. Dean, who is the founder of the company states that it has replaced PPC as a market for them and therefore “saved us spending £112 a month on cost-per-click (CPC) traffic.”

Perhaps most importantly though it “also encourages other customers to stay loyal to us as they earn Loyalty Points on purchases & referrals.”

Even as online sales continue to grow, you cannot underestimate the power of a physical store.

So in-store referral campaigns need to be considered.

Rich Brady, eCommerce manager for Denbigh Army Supplies, notices the trend of online sales and states that every in-store customer will be “given a card with discount code that can be redeemed on our website.”

However the card will be in two parts, the second part can be ripped off and given by the customer to a friend or family member.

The effect that this has for Brady is evident:

“We offer a click and collect service, so it will encourage more footfall in our store and will also allow us to capture valuable marketing data.” – Rich Brady

Whether it's viral video marketing, gathering reviews, or getting foot-fall to your store, referrals are a great way of generating sales.

They can also be done on a budget:

Want to read more? Perhaps you'd like to check out our growing list of the best e-commerce blogs. 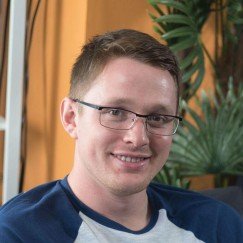 Richard Protheroe is a content marketer at Veeqo, who supply inventory management software for merchants who sell on marketplaces such as eBay, Amazon, Shopify, Woocommerce & Magento.