How 3M Stays Ahead With Its Modern Marketing Campaigns 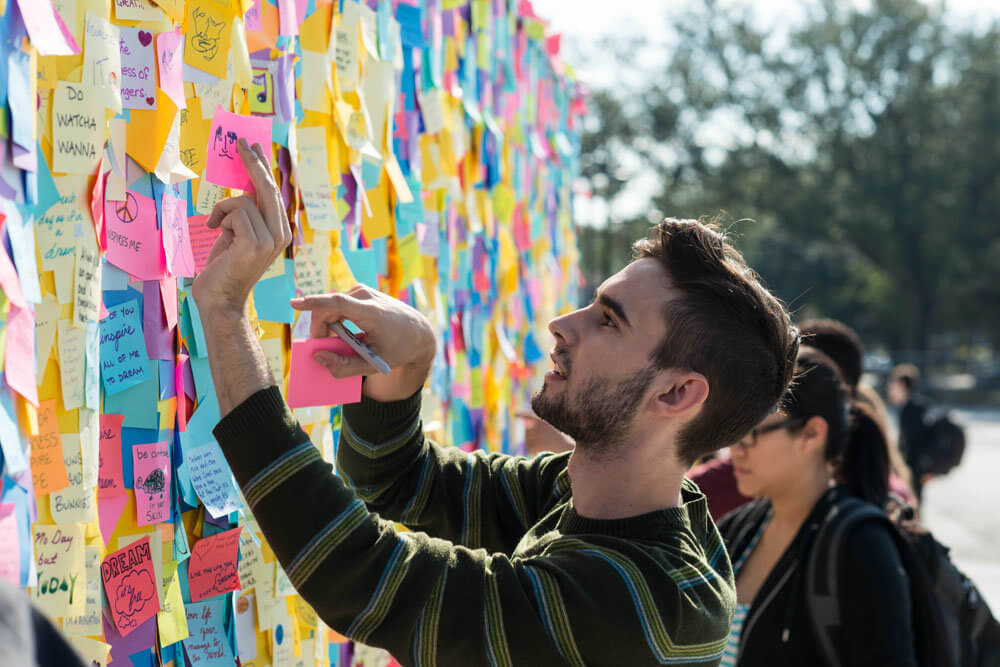 3M – previously known as Minnesota Mining and Manufacturing company – was founded in 1902. Since its inception, the global technology company, has created products that deliver innovative solution to various industries.

In fact, the company supplies industries – such as healthcare, electronics, communications, manufacturing, energy, design and construction, automotive, commercial solutions, mining, oil and gas, safety and transportation – with the necessary products.

How does the multi-billion-dollar 3M dominate so many multiple industries?

The Go Ahead campaign is a series of short videos that featured how post-it notes were used by different people in different ways. These videos were inspired by consumer's online stories about their experiences with the product.

Among these videos were "Dream Big" which featured how people used post-it notes to jot down their dreams.

Another video titled "Start Fresh," showed how consumers used post-it notes to remind them about their annual goals, throughout the day.

"As we did research on our customer base, the crucial finding is that people had a much more emotional relationship with the product than 3M executives had expected. They’re using it to communicate, using it to collaborate, using it to organize themselves." said Jesse Singh, vice president for the stationery and office supplies division of 3M in Minnesota.

By using consumer's stories as an inspiration, 3M is able to create ads that accurately depict its customer’s emotional relationship with its products.

User-Generated Content remains popular for several reasons. It enables businesses to post their user's creations and get promotional content for free. It also enables users to gain additional exposure – which appeals to creators who want to increase their popularity on social media.

For 3M, the strategy seems fitting since its customers are creators.

In fact, the brand found that most of its consumers belong to the maker movement. For starters, the movement refers to DIY-ers who are interested in industries such as robotics, crafts and engineering.

While 3M's consumers were creators, the challenge was:  how could the brand advertise its traditional products to millennials who were interested in robots and 3D printing?

According to 3M’s global brand strategy leader Remi Kent, the brand wanted their products to enable creativity and self-expression.

As a result, the brand posts artistic creations of its consumers on Instagram.

By posting the irresistible photos of its consumers creations on social media, the brand is able to get content and empower its creators at the same time.

The #LifeWith3M campaign's tagline was "3M Science. Applied to Life." It aimed to show how 3M's products could be useful in various industries.

Among the campaign's promotions were 3M's science applied to communication, which showcased how 3M's pure silica glass with a viscoelastic foam made broadband installation easier.

The campaign was not only meant to increase brand awareness, but to also encourage young professionals to join the brand.

4. 3MDIY web portal - created a hub where DIY-ers can get project inspiration

The brand launched the 3MDIY web portal – a hub where DIYers can get inspiration for their next project.

Among its posts are Tips for Painting a Wall from Dark to Light and How to Create a Plank Wall. Each post of these posts contain detailed step-by-step instructions (with pictures!).

"Instead of delivering a product-specific story, we've created a community of DIYers and given them content specific to the project they're working on,” said Remi Kent, 3M's global brand strategy leader.

The brand's strategy has resulted in a 50% increase on time spent in the website.

As Post-it publishes more DIY projects, it is able to organically advertise its products.

5. Post-it banner ads: The banner that makes you like banners

After all, how could a random product posted on mainstream media pages, not seem annoying?

3M took advantage of the banner ad's weakness, when it launched its own interactive banner ad. The ad enabled users to replace banner ads with post-it notes, where they could jot down relevant information.

For 3M, the campaign enabled them to increase brand awareness and provide value to their consumers.

Here's a recap of the lessons from 3M's success:

Hey! Why not keep the balling rolling?! Check out these awesome marketing tactics that Shopify’s Harley Finkelstein recommends.