11 Ecommerce Stores That Made a Killing on Trump’s Election 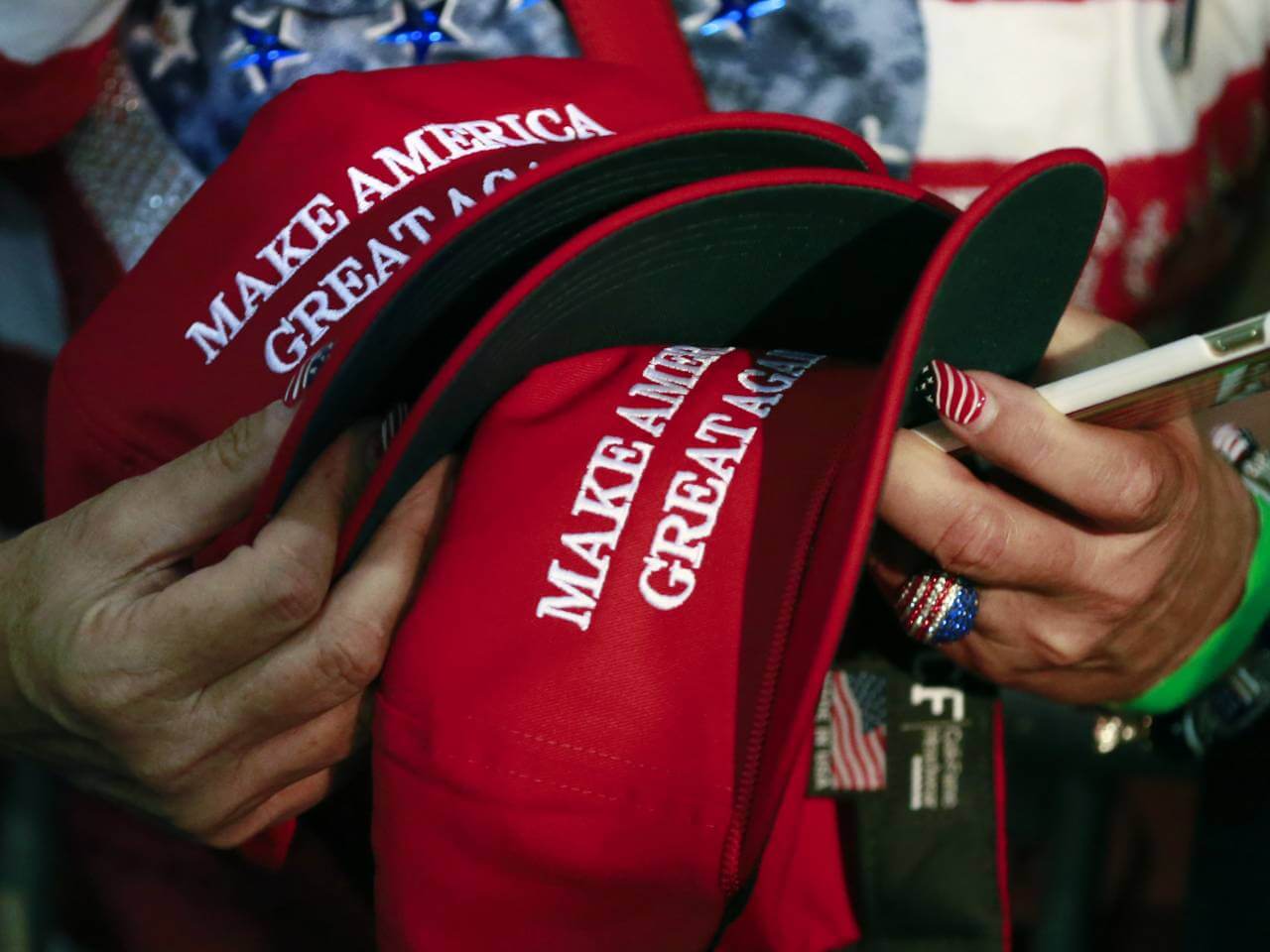 The 2016 US Presidential election was the most contentious ones in living memory.

It was  bombastic, outrageous, full of meme-worthy moments.

It was also a great time for digital cash registers around the world, as people rushed to buy pins and signs and other paraphernalia .

Here's a list of the stores that cashed in on the election fever.

The MAGA hat is arguably the most iconic object of 2016.

A search for "maga hat" or "make america great again hat" gets millions of results.

It comes in white and even camo.

A Canadian judge got suspended for wearing it in a courtroom.

Wearing it and walking around in New York can apparently get you harrassed.

It became a strong signifier of identity. It won 'Symbol Of The Year' according to Stanford's Symbolic Systems program. A version of the hat even became a Christmas ornament, selling for $149.

We know that the Trump campaign paid Cali-Fame over $1.5 million for the hats. The hats supposedly sold out, though you can never be sure if that's true.

2. Knockoffs MAGA hats on eBay (and literally everywhere else)

These are the ones that are presumably made in China:

3. Countless parodies of Trump hats for every subculture and niche imaginable

The MAGA hat is so iconic that people have been remixing it and making all sorts of parodies:

What's the best one you've seen? Let me know in the comments.

There's an interesting story behind this one.

Until recently, whenever Donald Trump tweeted, some of the quickest responses would be by a bunch of dodgy-looking Twitter accounts talking about how they had just bought this Liberal Tears mug:

There's an lengthy investigation about this that's quite fascinating. My guess is that those Macedonian teenagers might have something to do with it.

The picture there is by Jason Heuser, who makes stunning, over-the-top Presidential portraits.

I have a suspicion that he doesn't get compensated for his designs being used... but exposure is good for artists, right? Right?

6. Nasty Gal was particularly quick to respond to Trump's "nasty woman" comment in the debates:

Made perfect sense, given how close the statement was to their actual branding! Founder Sophia Amoruso posted the product idea to Instagram almost immediately.

Their Instagram page is a great example of social proof in marketing. Hundreds of women were eager to spend their money to signal their solidarity.

8. 'Pins Won't Save The World' made a Nasty Woman tee of their own

9. Tired of t-shirts? There's embroidery, too! Get the Nasty Woman Cross-stitch:

This particular design totally sold out.

You can still buy the pattern, though.

10. CafePress double-deals to both sides of the aisle

This one is quite funny to me – CafePress openly sells products marketed at opposite groups on the exact same page, side-by-side.

It might be interesting to try a 'tip jar experiment' and actually reveal (or imply) sales volumes, so as to introduce a gamification element:

11. The official store of the Democratic party (store.democrats.org)

This is where the 'shop' link on HillaryClinton.com now redirects to.

$40 for a bow tie seems a little steep. The store itself is very nicely designed, but there aren't very many items on sale – and some of the items seem a little cringey or on-the-nose.

That said, I'm probably not a part of their target customer base. I've learned with my own t-shirt business that people will buy the things you least expect them to.

Conclusion: Social identity is a powerful thing to cash in on

We've barely scratched the surface of the weird, wonderful world of political merchandise.

Button-makers have talked about how they've sold out all their merchandise.

And Bernie Sanders, while he didn't make it to the final 2, still managed to make it onto prayer candles:

As Seth Godin once observed, people are very identity-focused, and we will make purchasing decisions that convey (to both others and ourselves) an idea of who we think we are.

Read next: Your friends will be Sooo Impressed! 15 examples of 'social currency' marketing